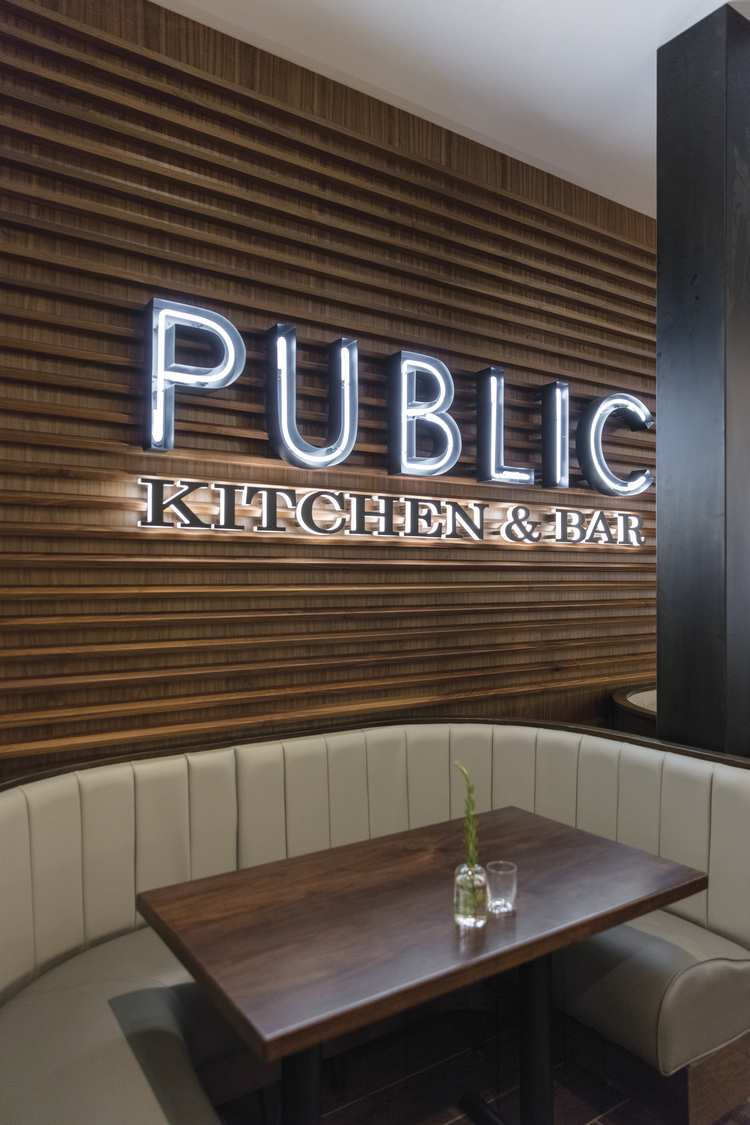 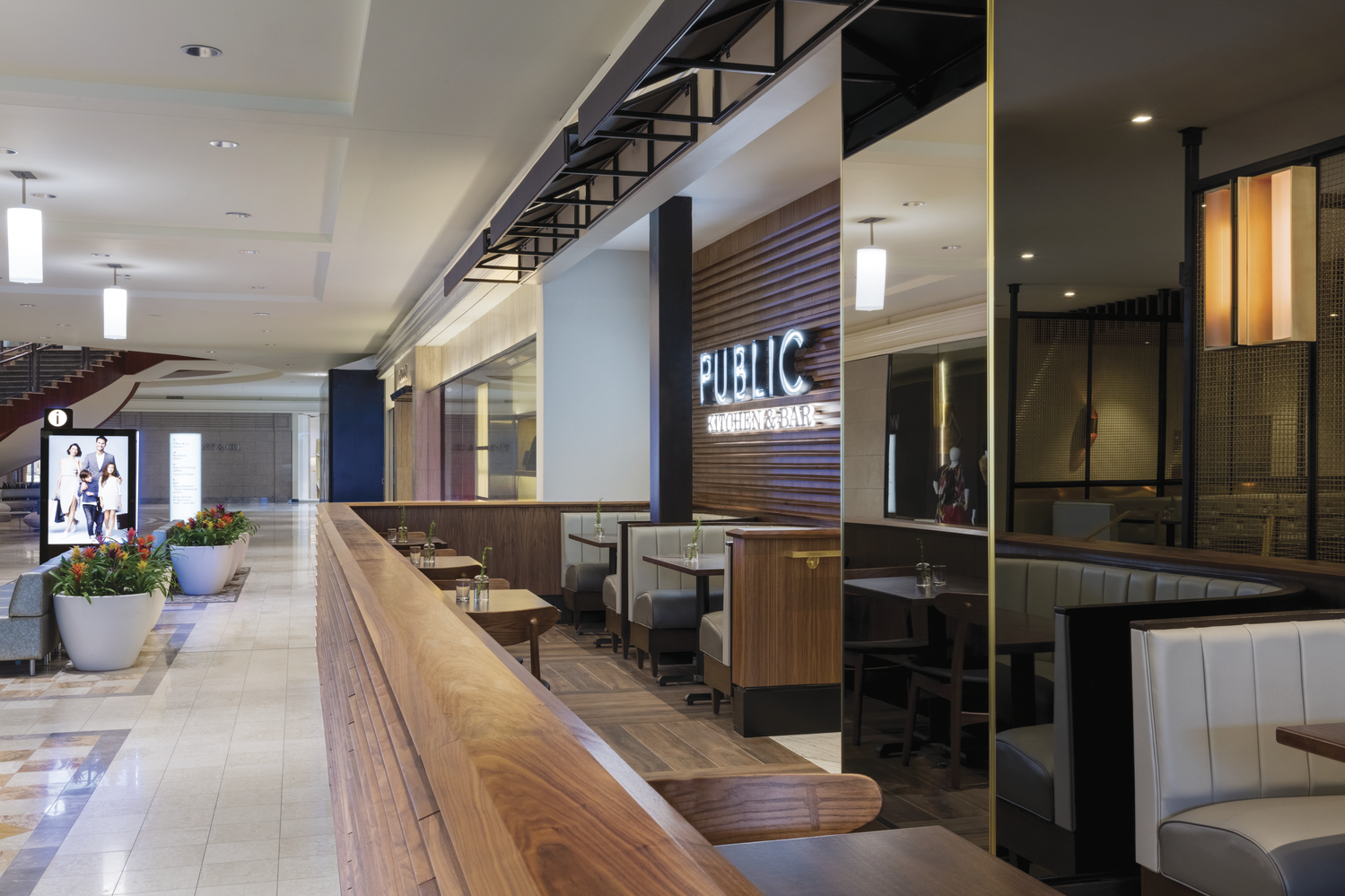 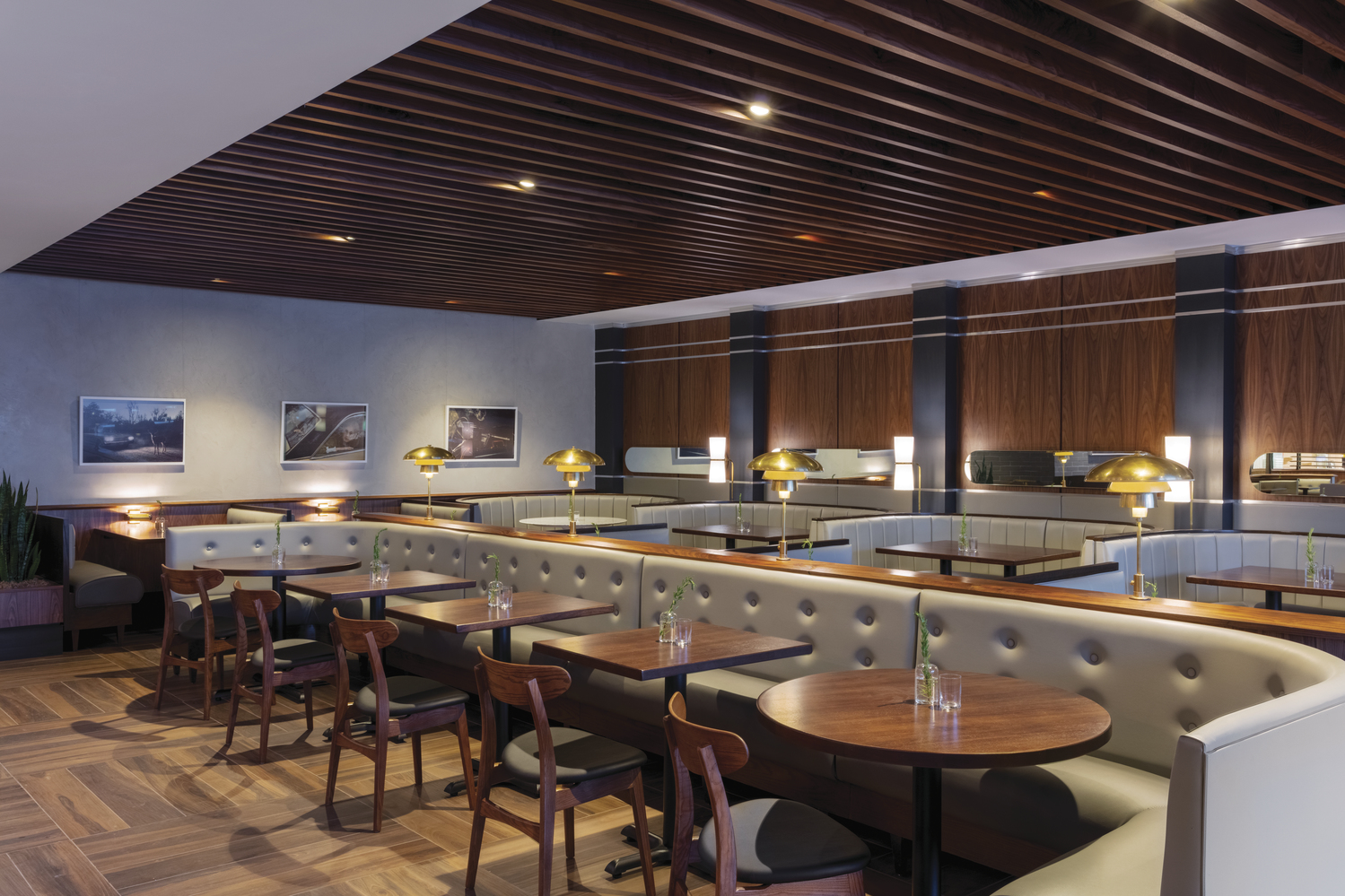 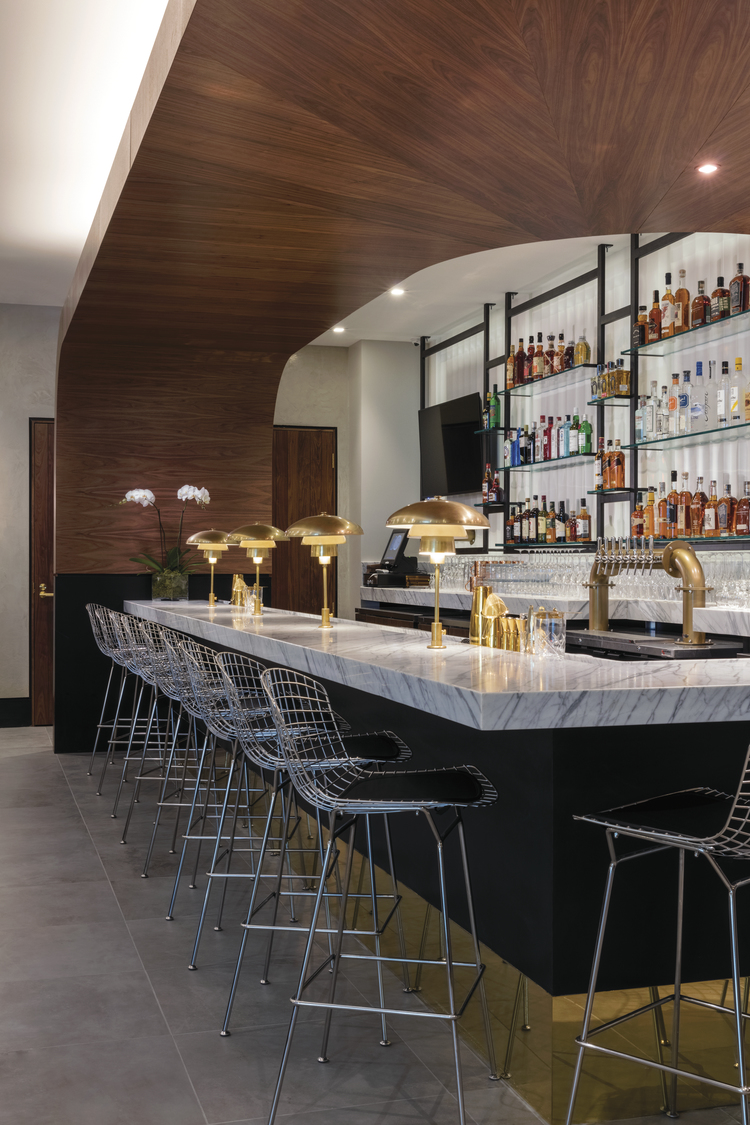 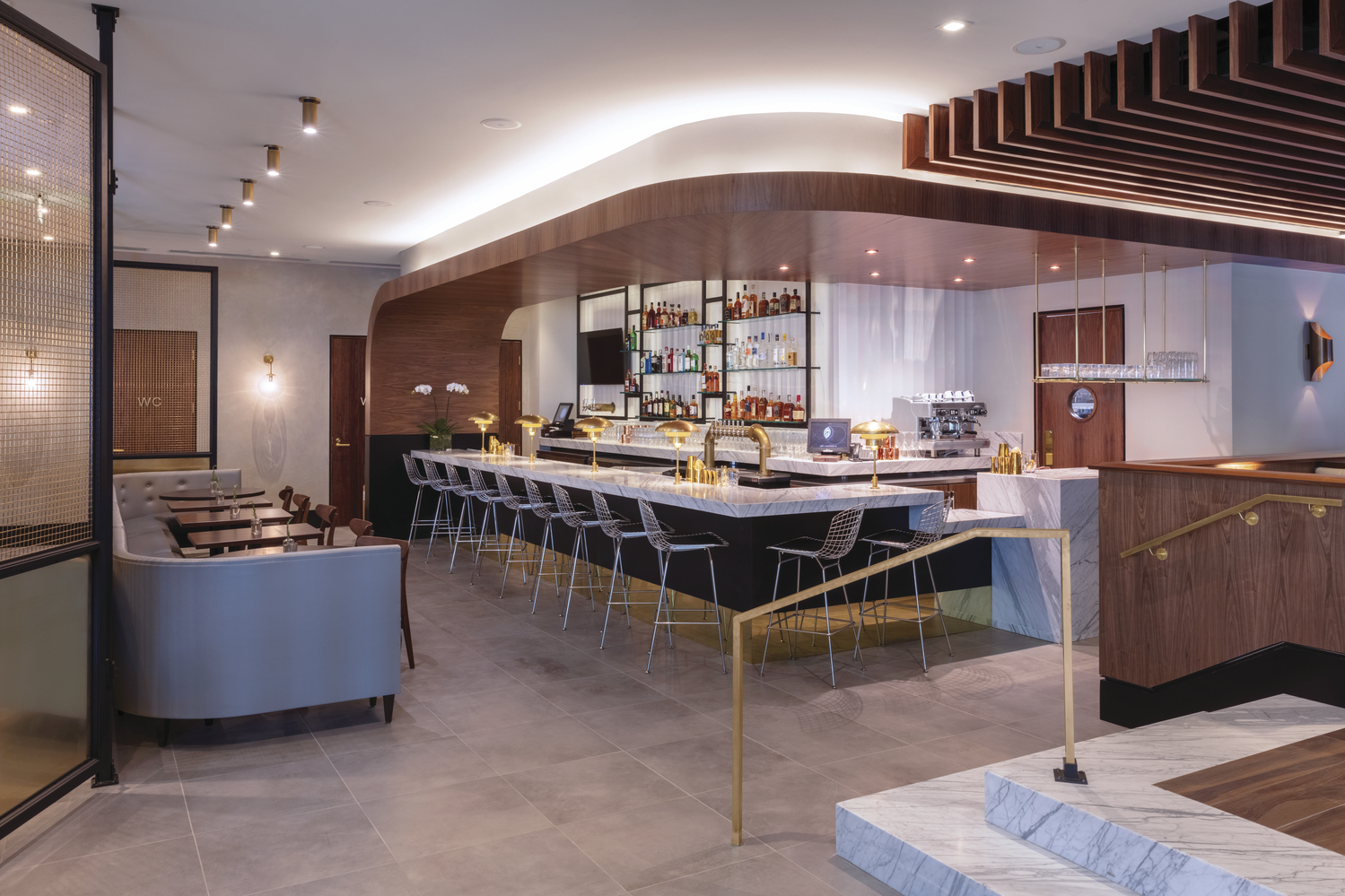 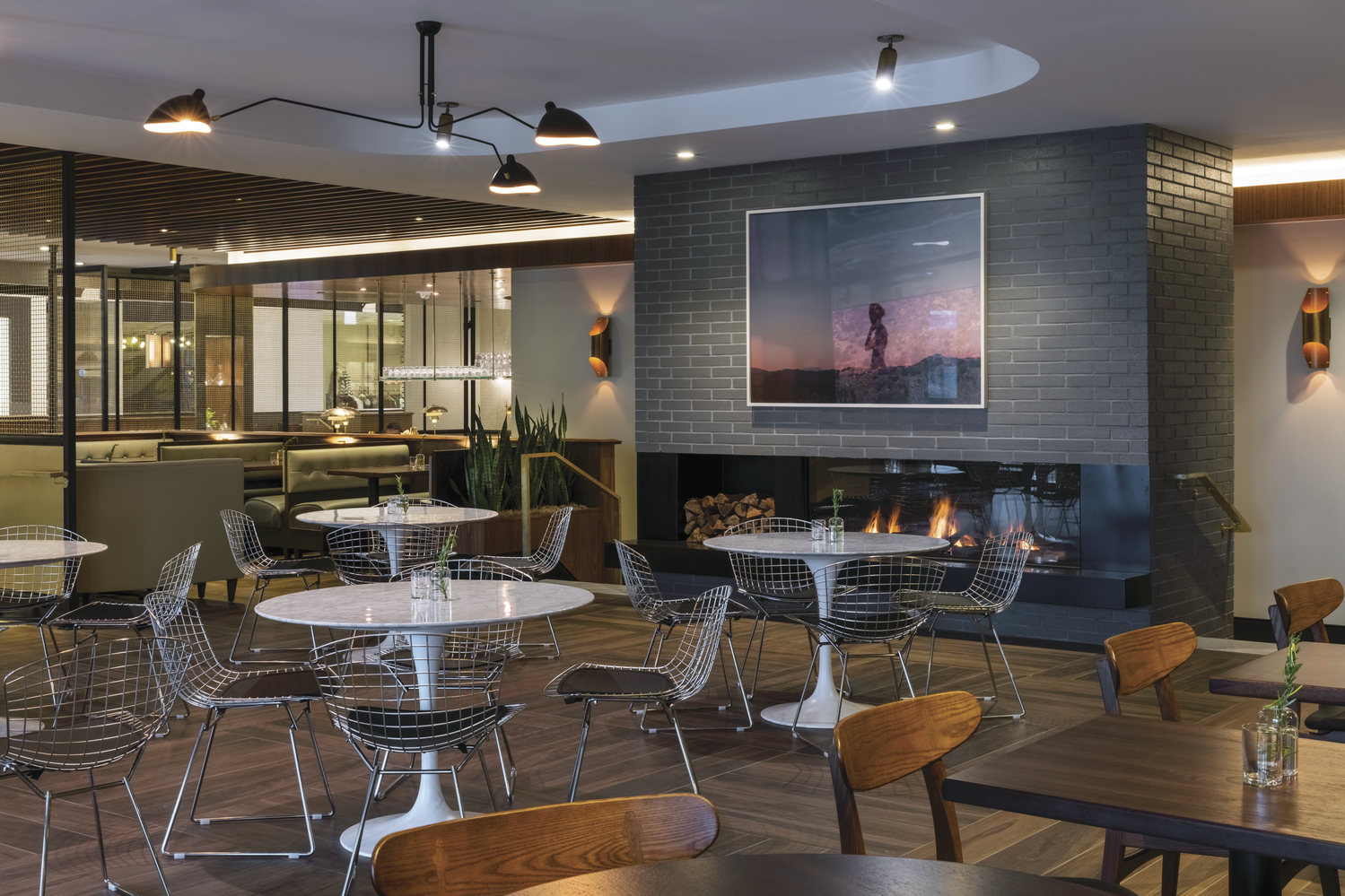 The Public at Phipps Plaza

In 2017 a second location for The Public, and Daniel Reed Hospitality’s first foray into Atlanta, brought about a new set of challenges: those of working within an upscale mall which was to remain operational during the entire construction process. Undaunted, the team worked with in the mall’s very particular requirements and a unique set of space constraints. Robby created a clear aesthetic vision and detailed layout for the new space, and together, the team problem-solved through the technical challenges of coordinating plumbing for the kitchen and restrooms in a space with structural beams for the parking garage below; working around the massive ducts crossing overhead which served a mall corridor; coordinating mechanical, electrical, and plumbing systems with another restaurant tenant moving into the space directly above; coordinating with a mall façade renovation and elevator installation in progress; and facilitating a new outdoor seating area with the City of Atlanta.

The project involved more regulatory approvals, representatives, and authorities than most, and Robby and the architectural team weathered the additional challenges of completing a project in one city while living in another. The polished end result, however, carries out Robby’s midcentury modern concept with his inspired interior design that looks right at home with the mall’s high-fashion neighbors. As in its sister restaurant in Savannah, a curved walnut veneer element transitions from vertical to horizontal over the bar, framing and defining the space. A monumental fireplace anchors the dining area, and a raised-seating platform creates a comfortable human-scale space for conversation and dining (even if it required a bit of design ingenuity due to the mechanical duct configuration). Impeccably curated 1960’s-inspired furnishings combine with marble, wood, and brass to create a welcoming oasis where patrons want to linger.