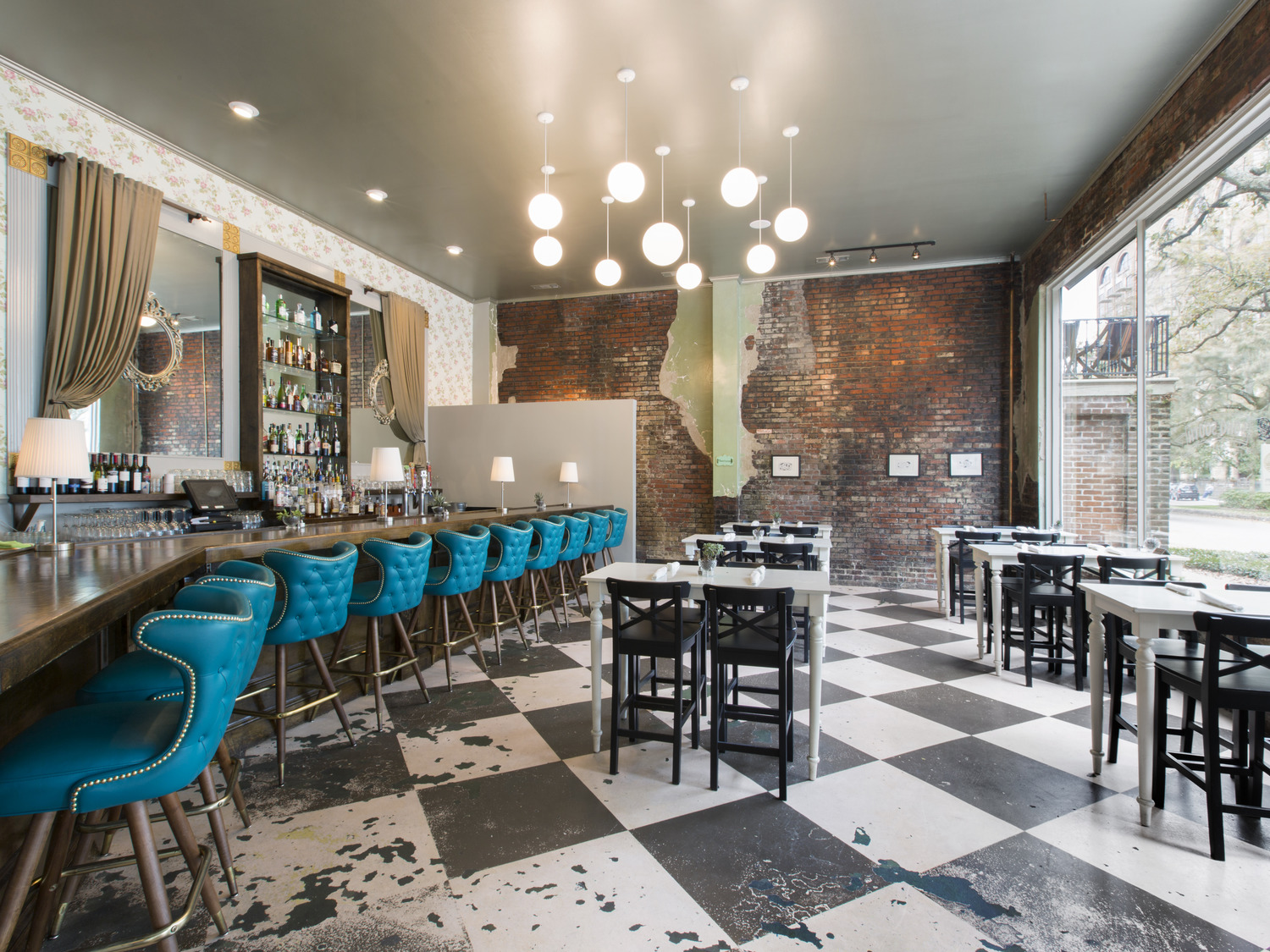 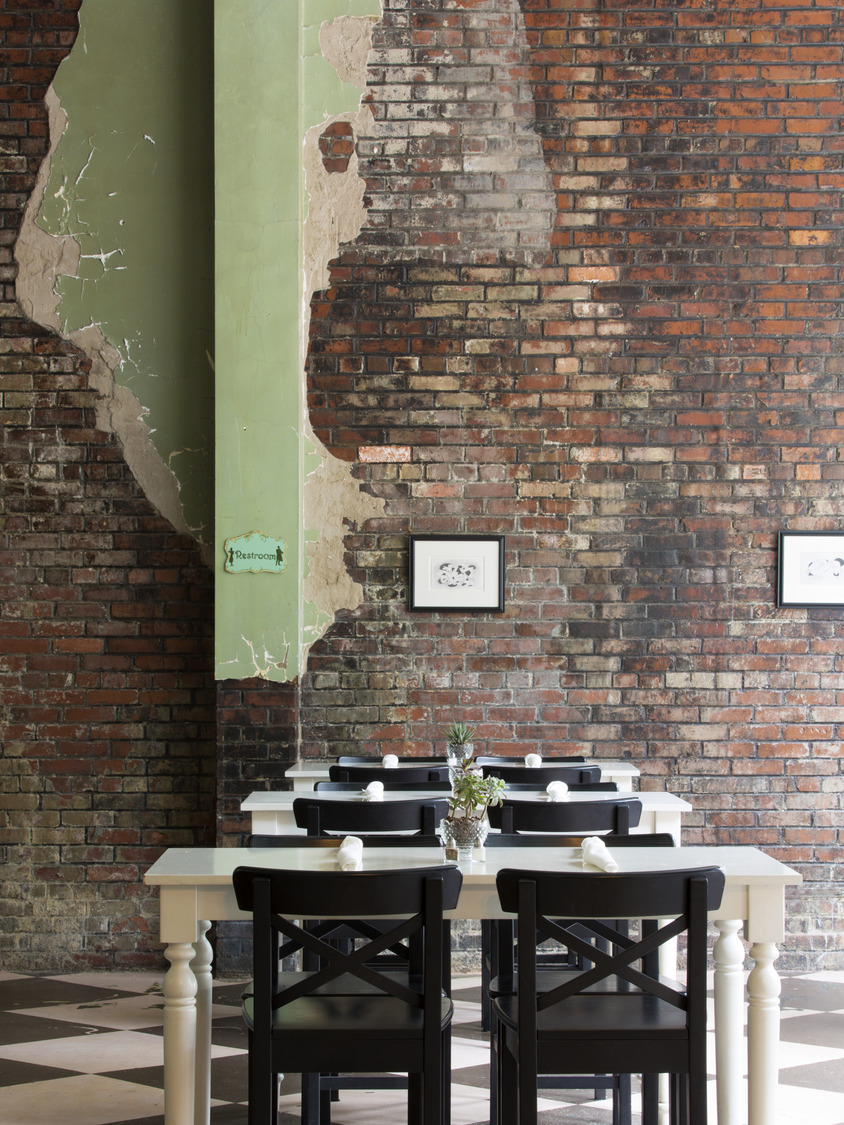 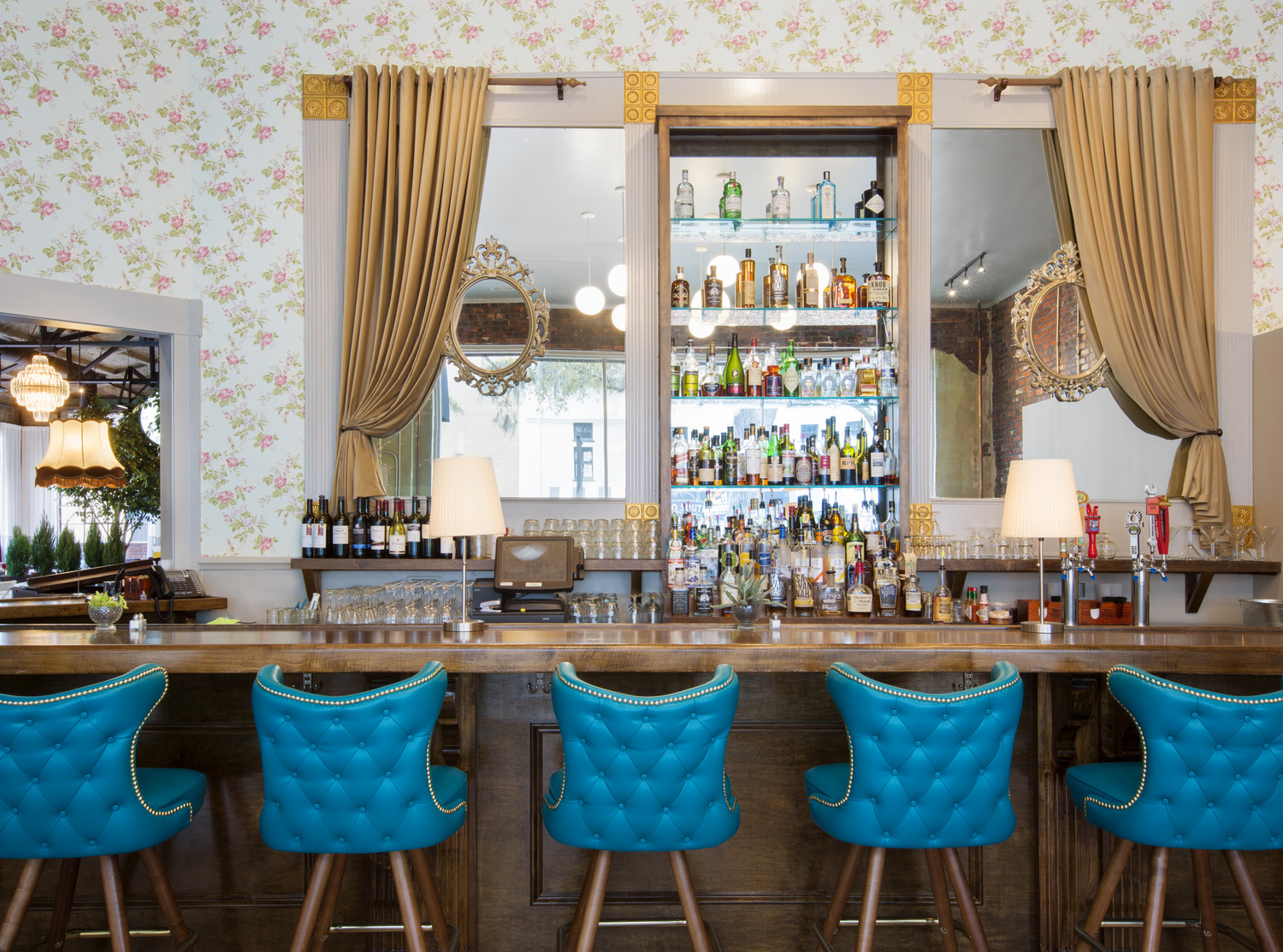 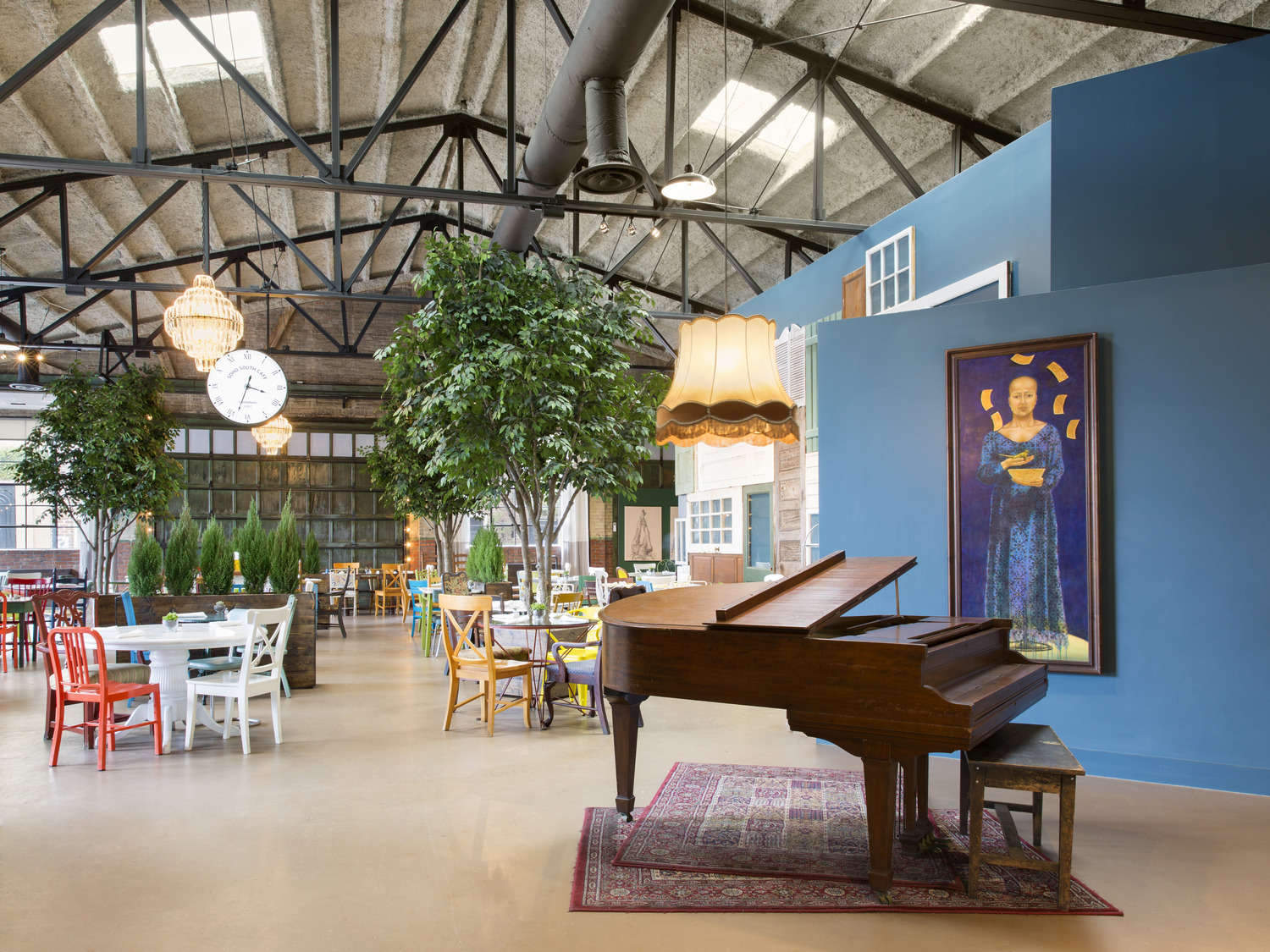 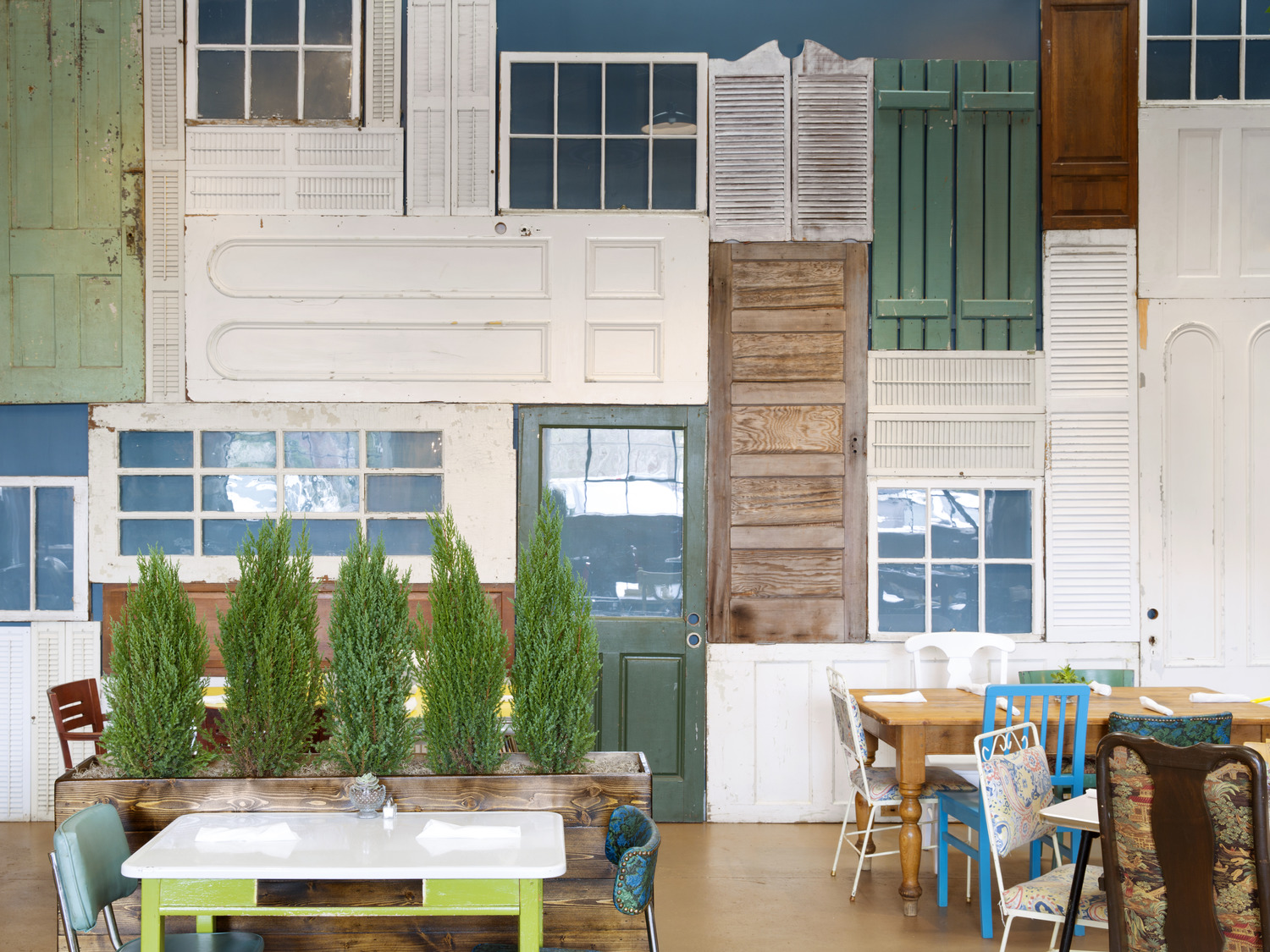 Soho South Café has been a Savannah establishment since 1997. The café is located in an old automotive service station, which included rustic elements such as exposed iron tresses, steel windows, and solid wood garage doors. The current owner commissioned a renovation that would call to the New York City eclectic atmosphere that the restaurant incorporates. The project focused on highlighting the historic structural components by allowing the main space to remain open while bringing the supporting spaces, such as the kitchen, bar, and restroom, up to the same standard.