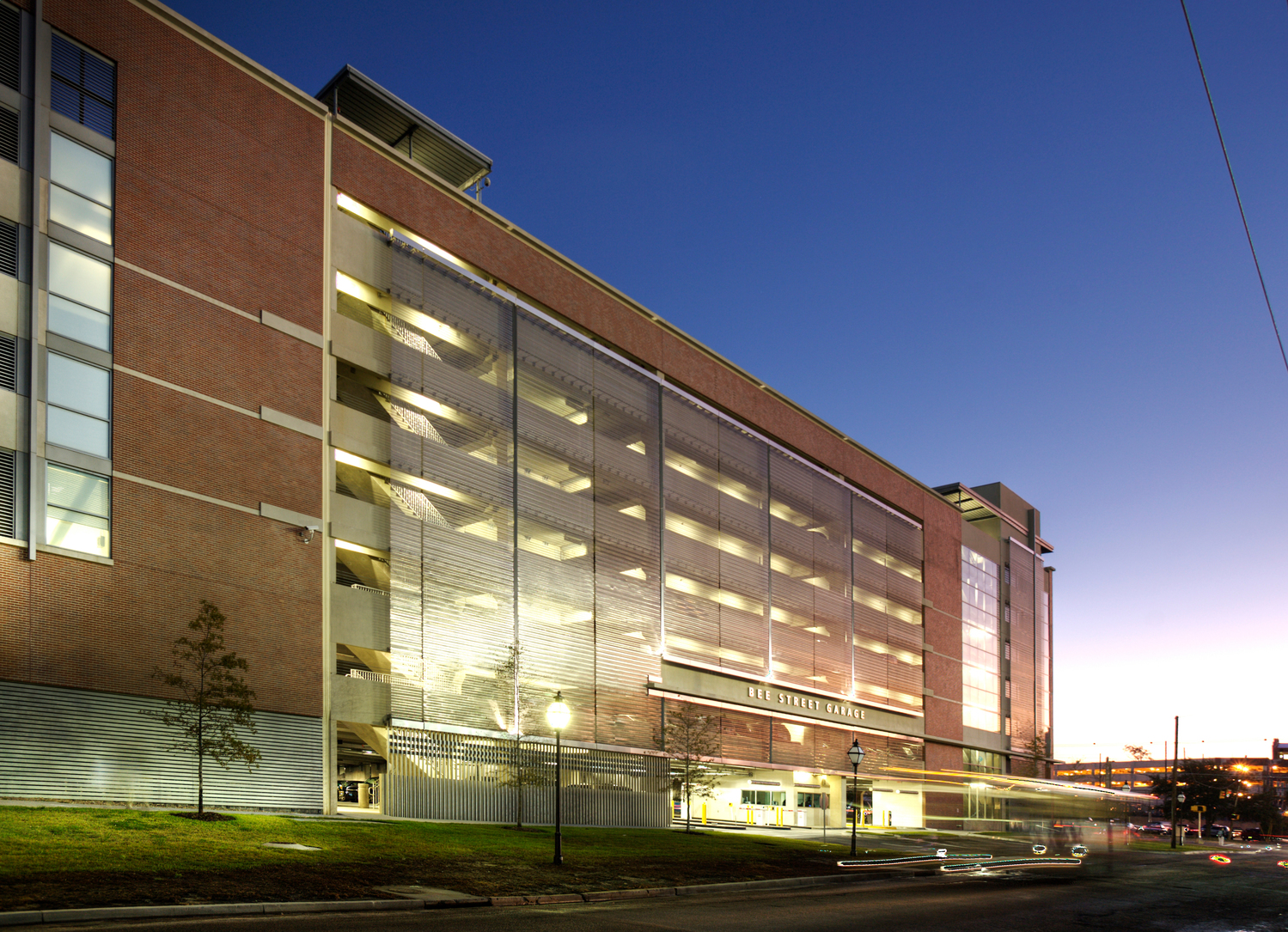 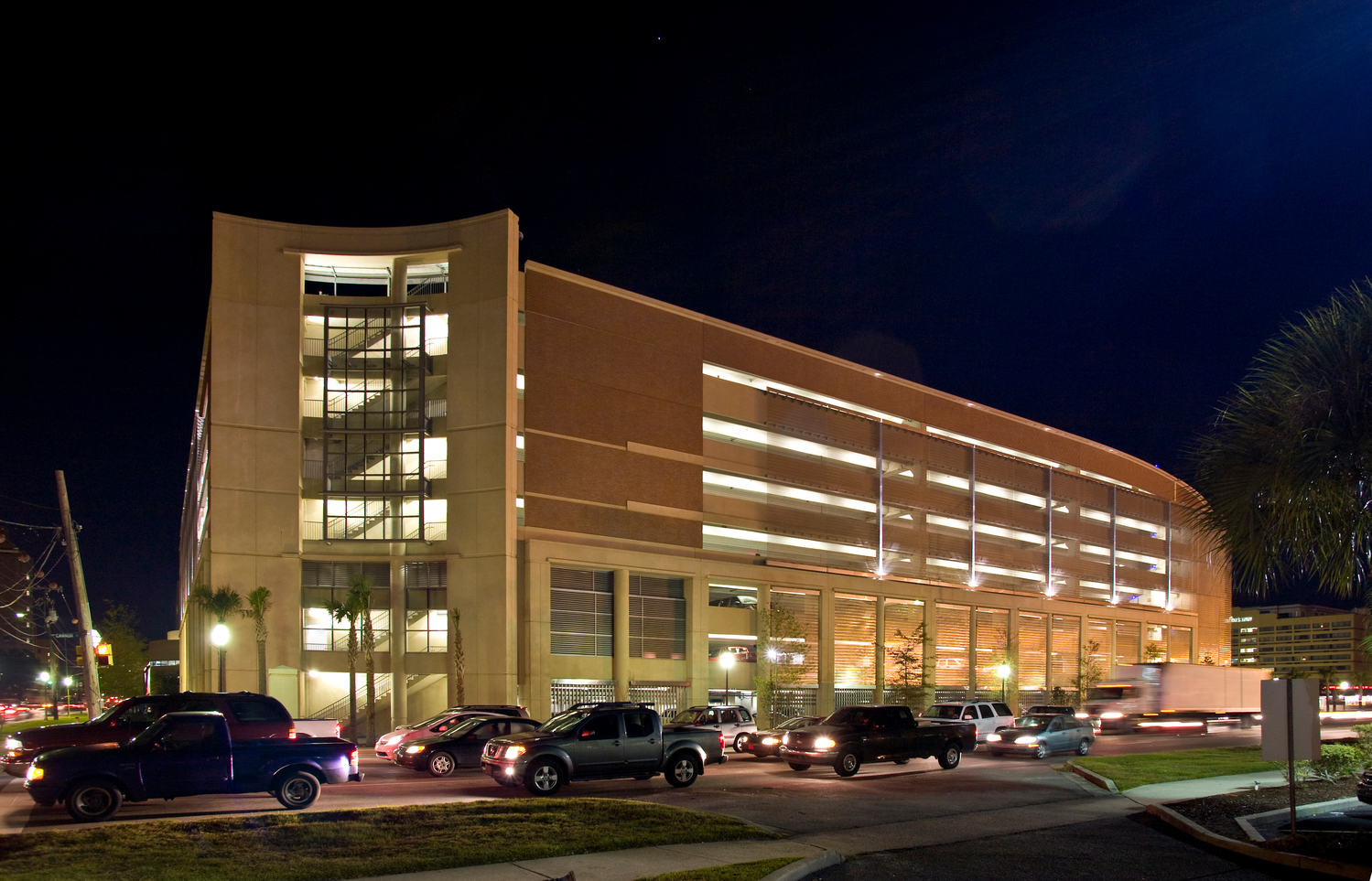 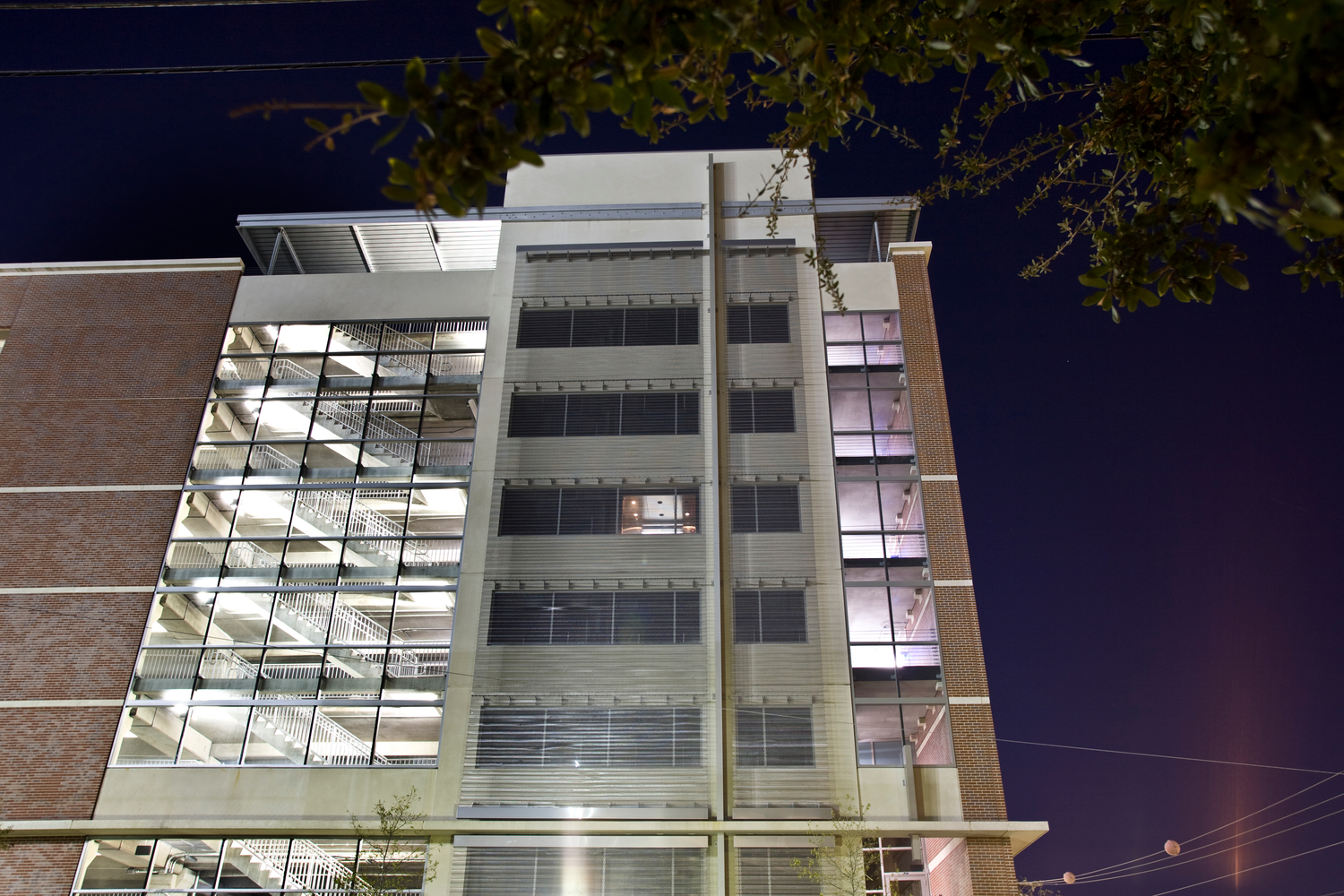 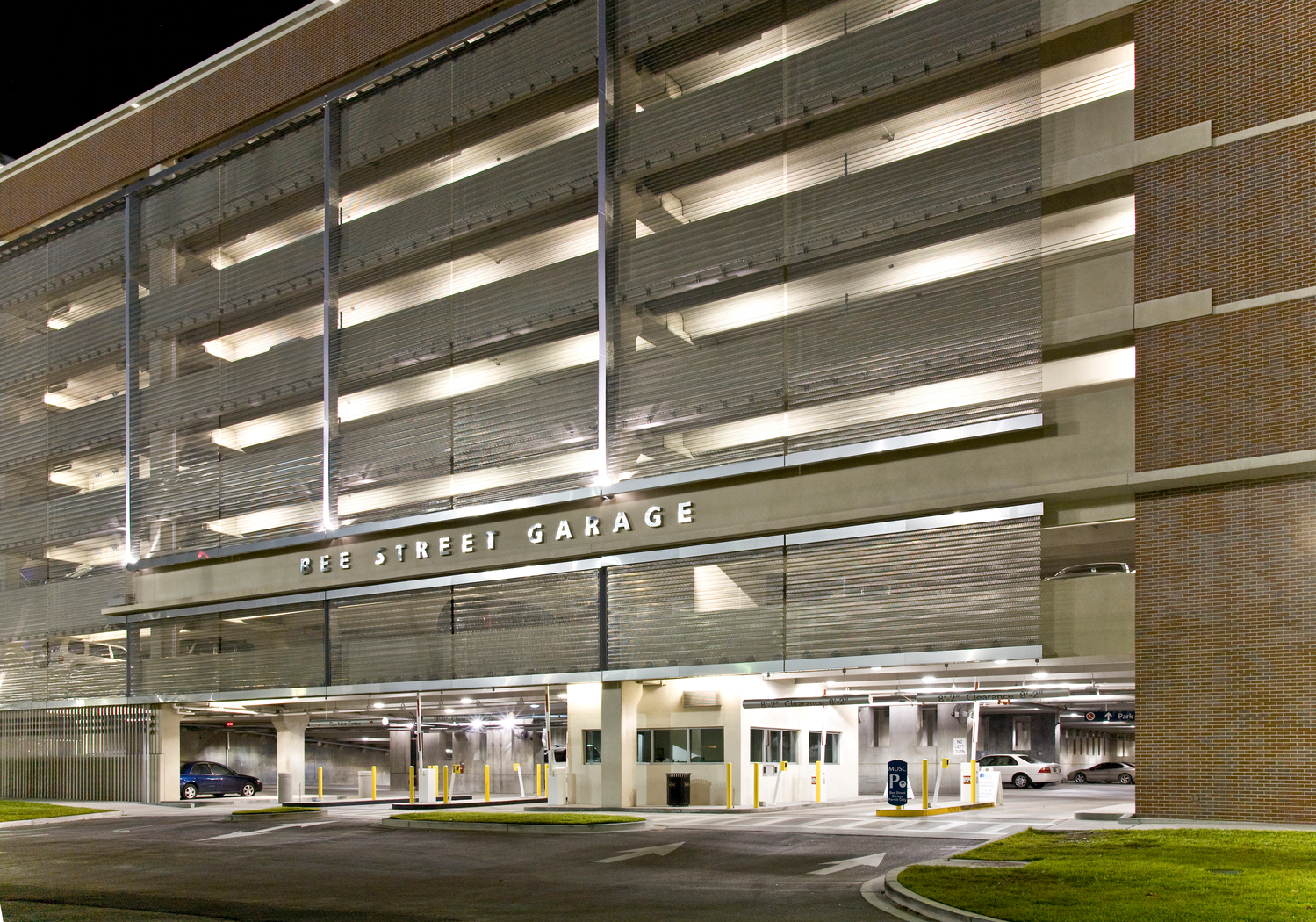 This new eight-tier 1,500-car parking garage located at the intersection of Cannon Street and Courtenay Boulevard in downtown Charleston absorbed an increased staff and visitor demand resulting from of the construction of the new MUSC Replacement Hospital.

This 570,000 SF facility is designed to efficiently park and exit a large volume of cars using an “express ramp” concept. As an integral part of the Phase I Replacement Hospital plan, the garage design works in concert with the concept for the hospital exterior. Exterior materials such as brick, pre-cast concrete and metal cladding are utilized as unifying elements in both projects. In order to breakdown the scale of the relatively massive structure, the base of the building is articulated with a three-story precast arcade and integrates retail space along the Courtenay Boulevard facade which will provide activity and services to the neighborhood.

At the important intersection of Courtenay and Cannon, the corner of the building is inverted via a concave curved form, creating a dramatic gateway gesture to the new MUSC West Campus and Hospital Complex. The form also establishes a terminus for the arcade that runs along the eastern edge of the garage as well as the hospital.