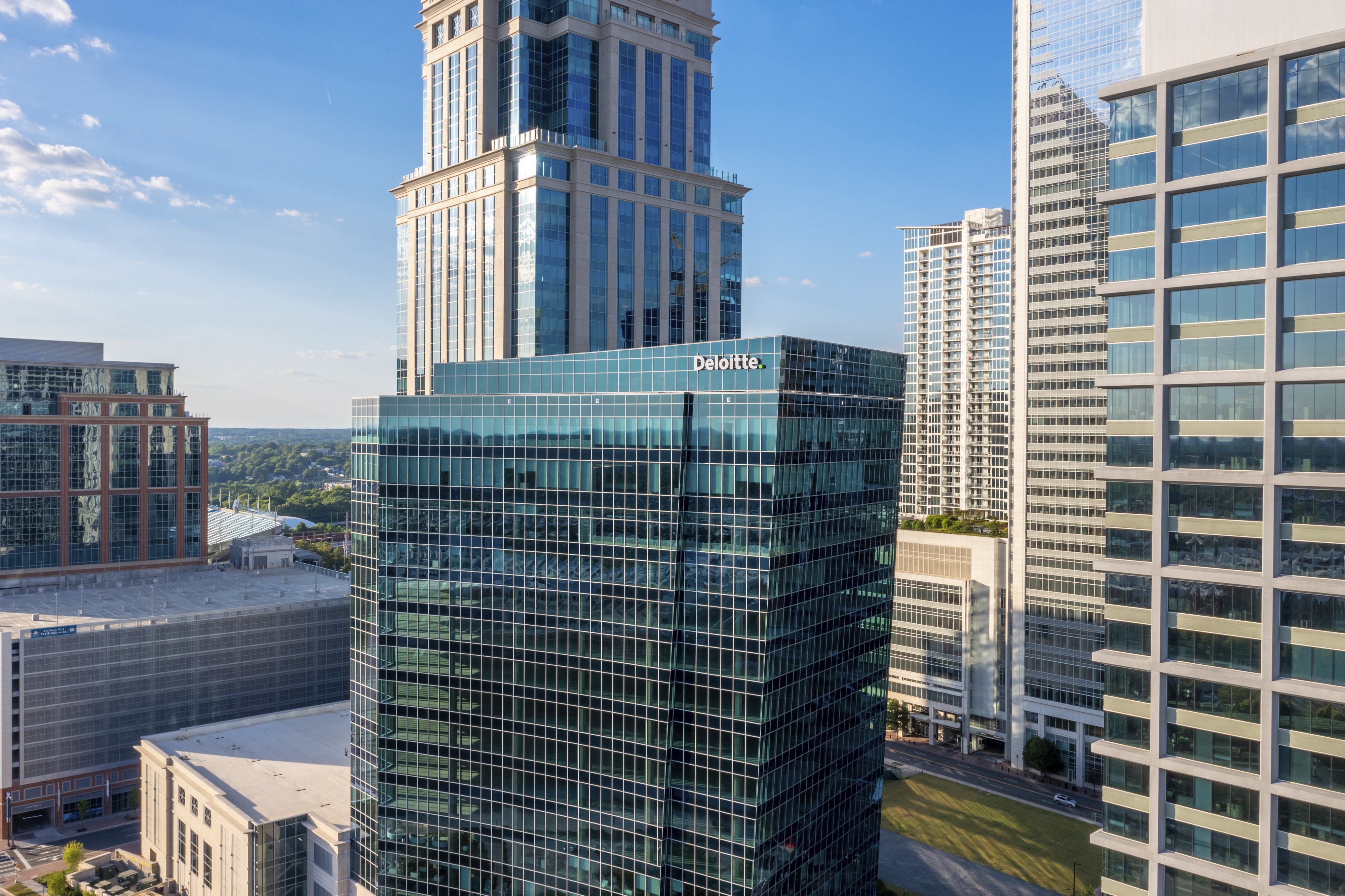 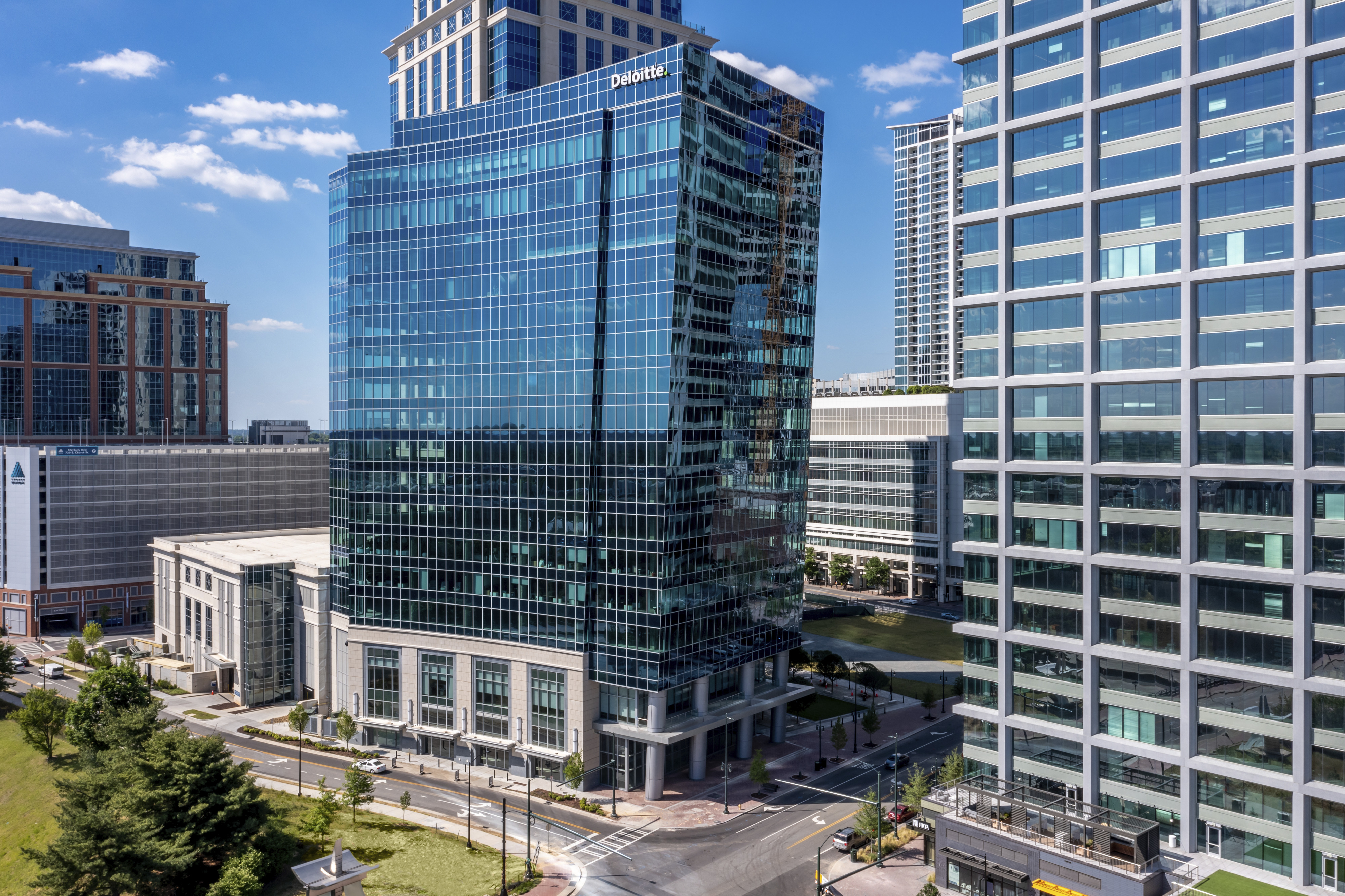 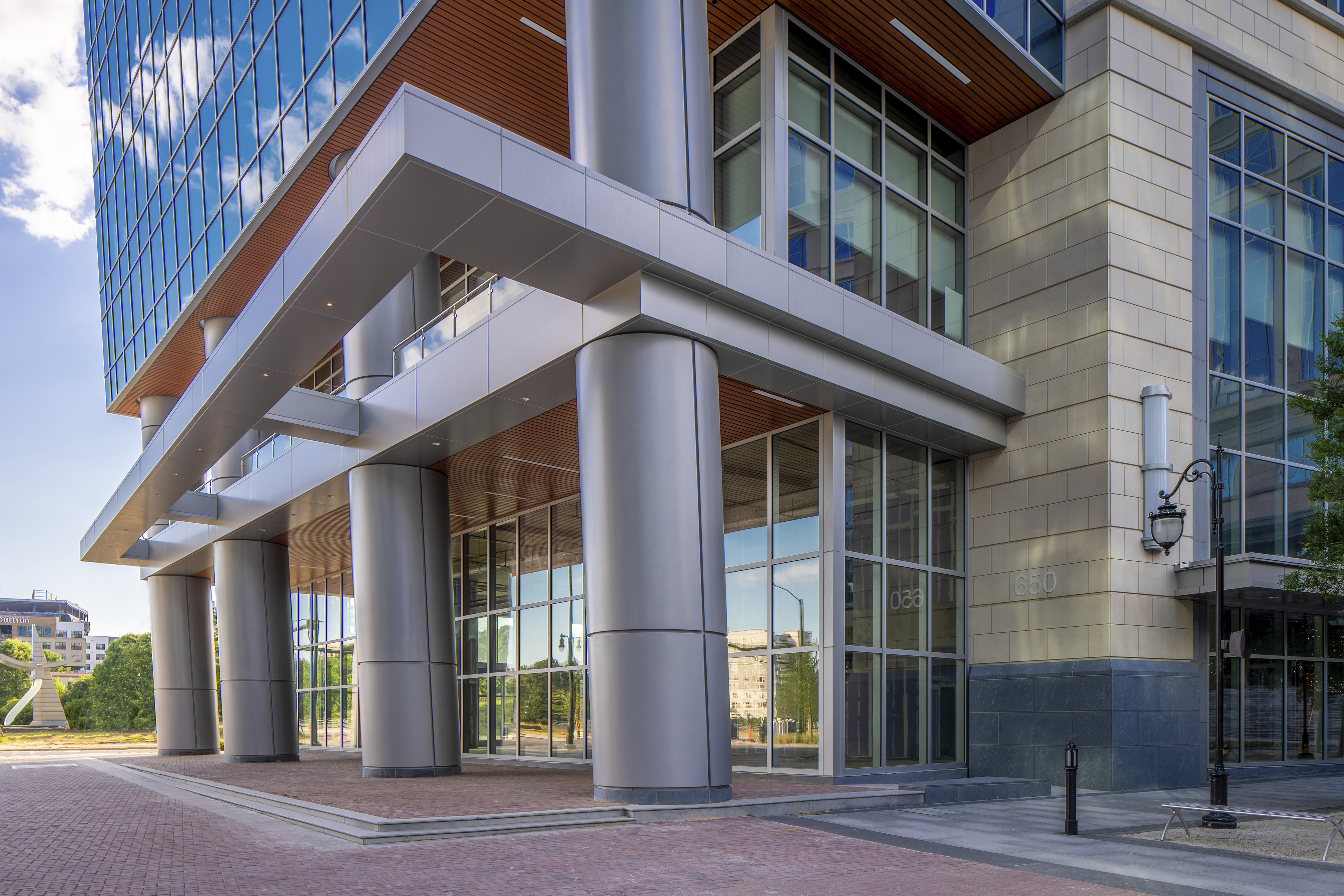 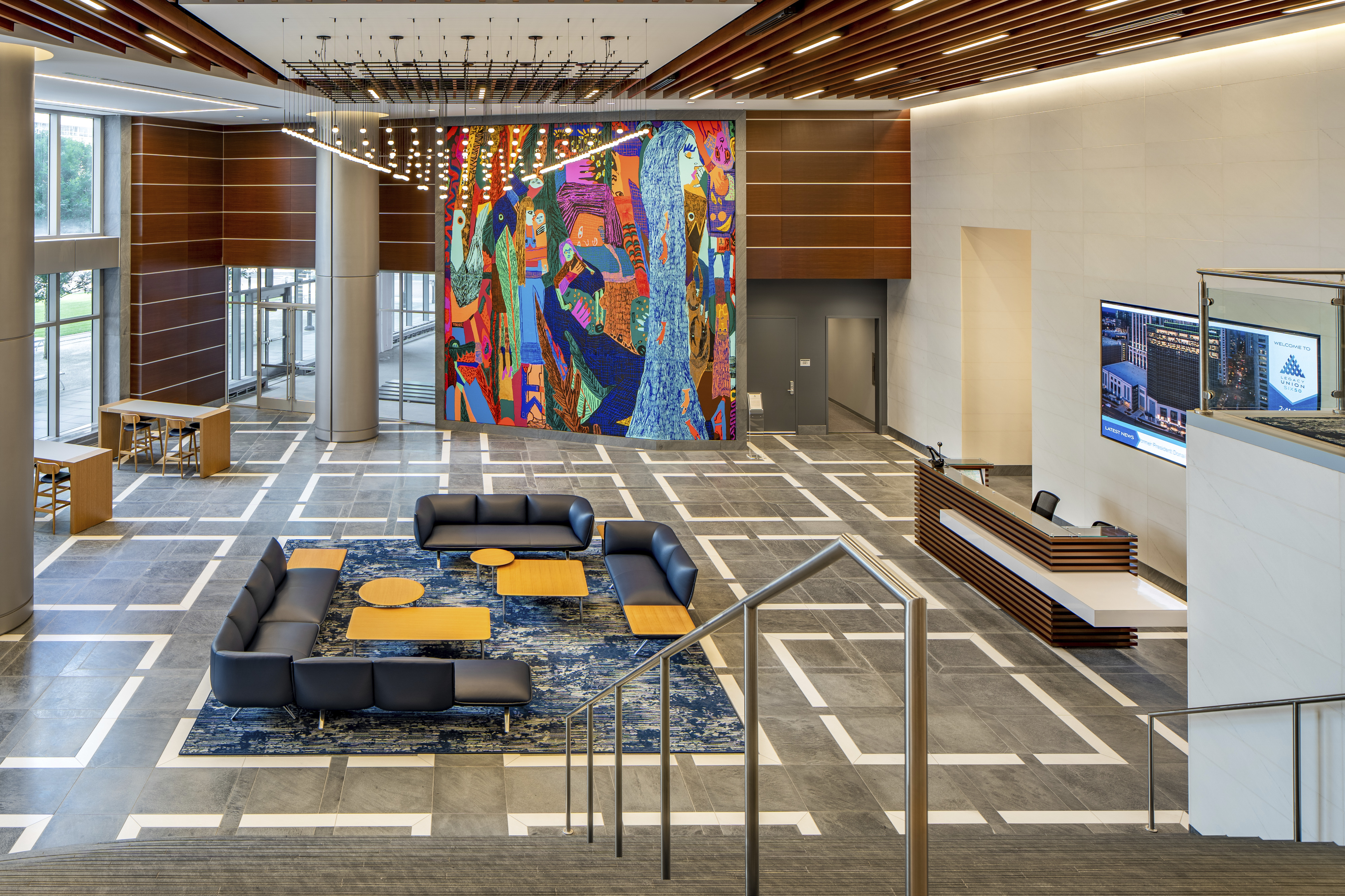 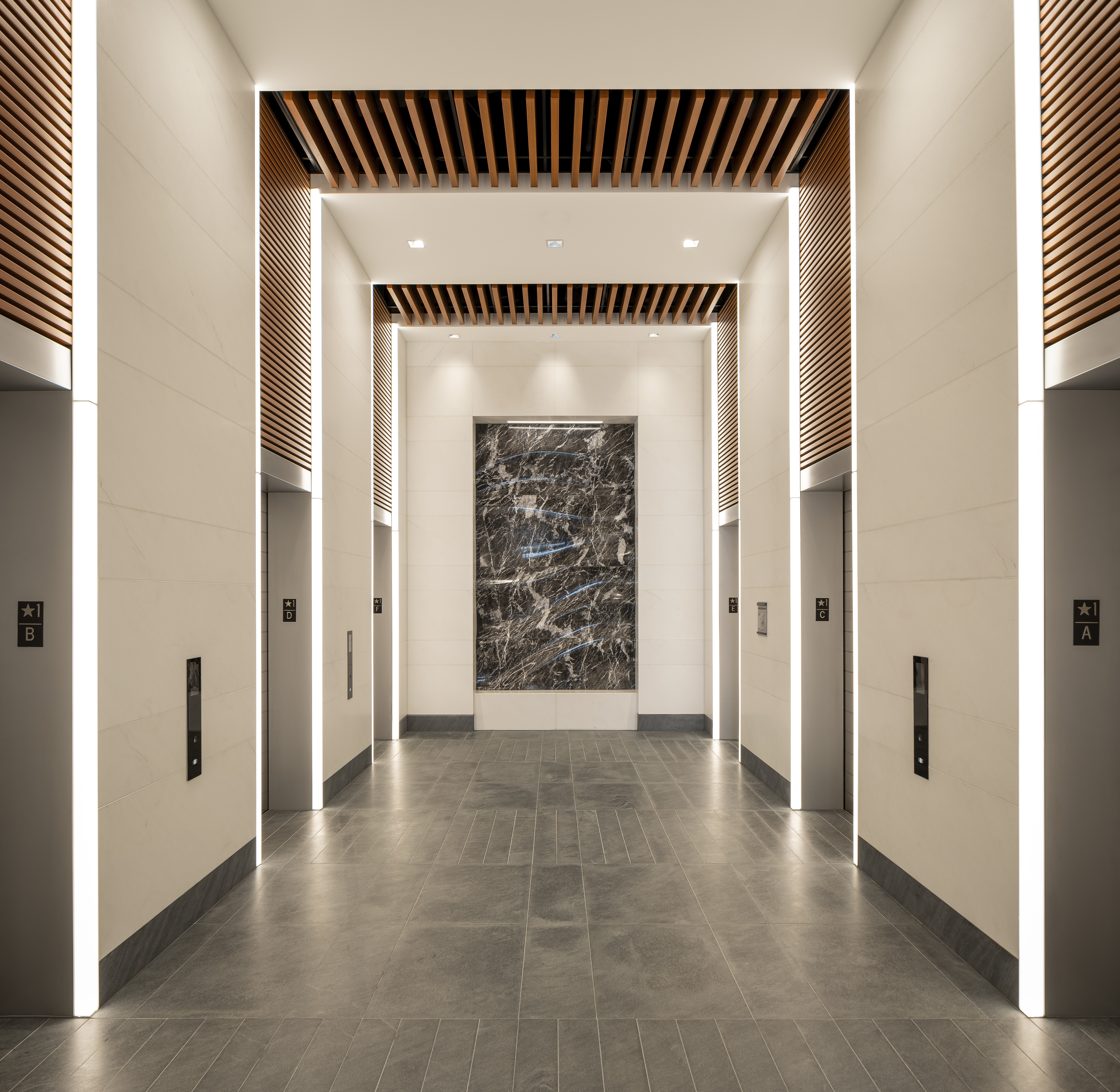 650 South Tryon is the second tower on the Tryon block of Legacy Union, located on the southeast quadrant of that block. The 412,000 GSF tower has been designed to architecturally relate to the iconic Bank of America Tower at its base, as it forms the south enclosure of the Tryon Street Plaza, but then have a more contemporary all-glass expression as it rises above the architectural precast and stone base. The tower creates a dynamic gateway to the center city on the southern edge of Tryon Street, Charlotte’s main street.

The tower’s constrained site is the primary generation of the buildings unique form. It follows the arc of Hill Street on the south end, on the north, forms the built edge of Legacy Union’s plaza on Tryon Street. Its stone and glass base terminates in a 2-story glass “porch” fronting on Tryon Street. The Tryon Street façade projects at a continuous angle over that street’s sidewalks, making the floor plates increase from 22,000 GSF at the base to over 25,000 GSF at the largest floorplate below the two-story penthouse. The north breach mirrors the arc of Hill Street to cap the building and create a large triangle terrace at the penthouse level.

As with the tower’s exterior design, the lobby of 650 South Tryon has been designed to relate to the main lobby of the original tower, to which it has pedestrian connection with, by using similar finish materials. It accomplishes this while creating a more contemporary expression with those materials.