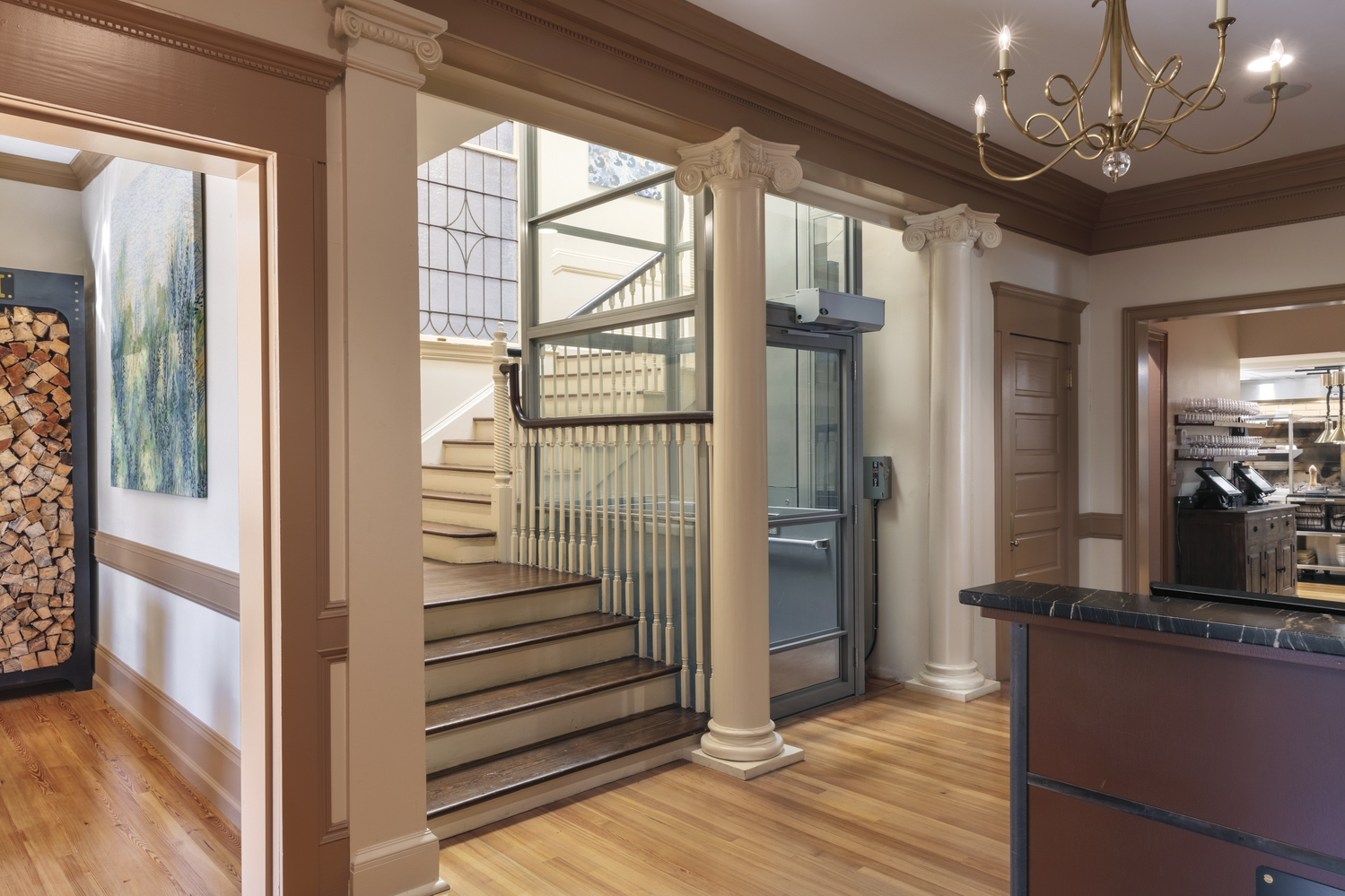 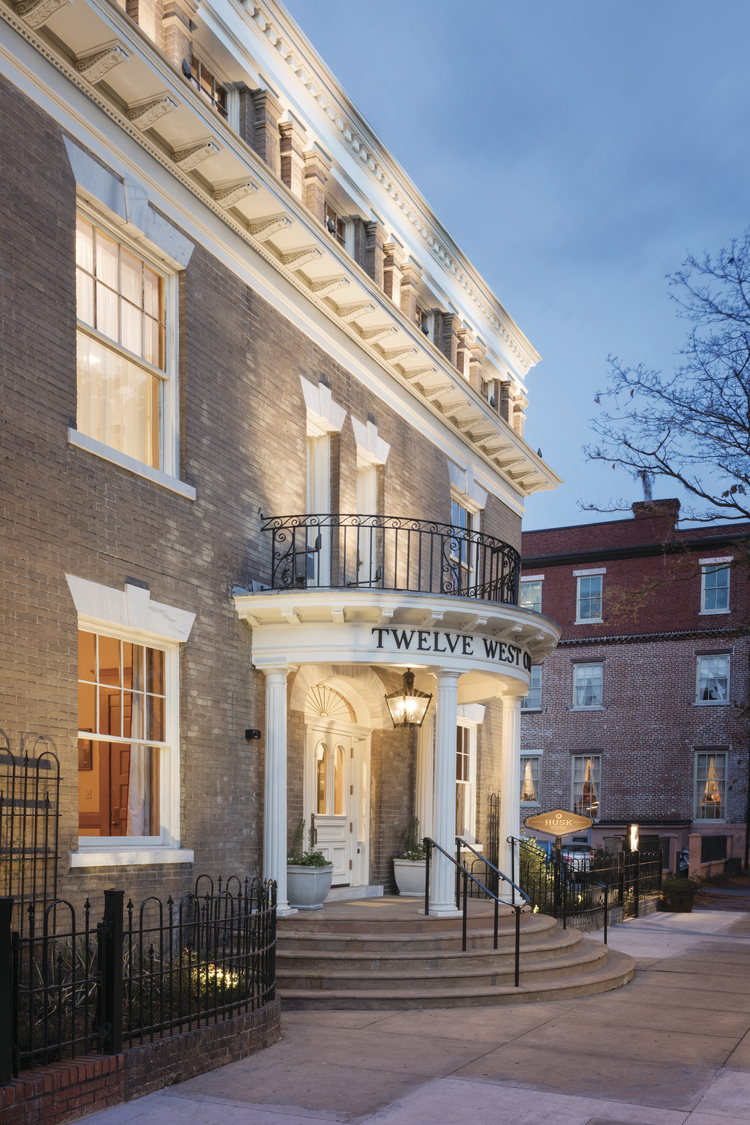 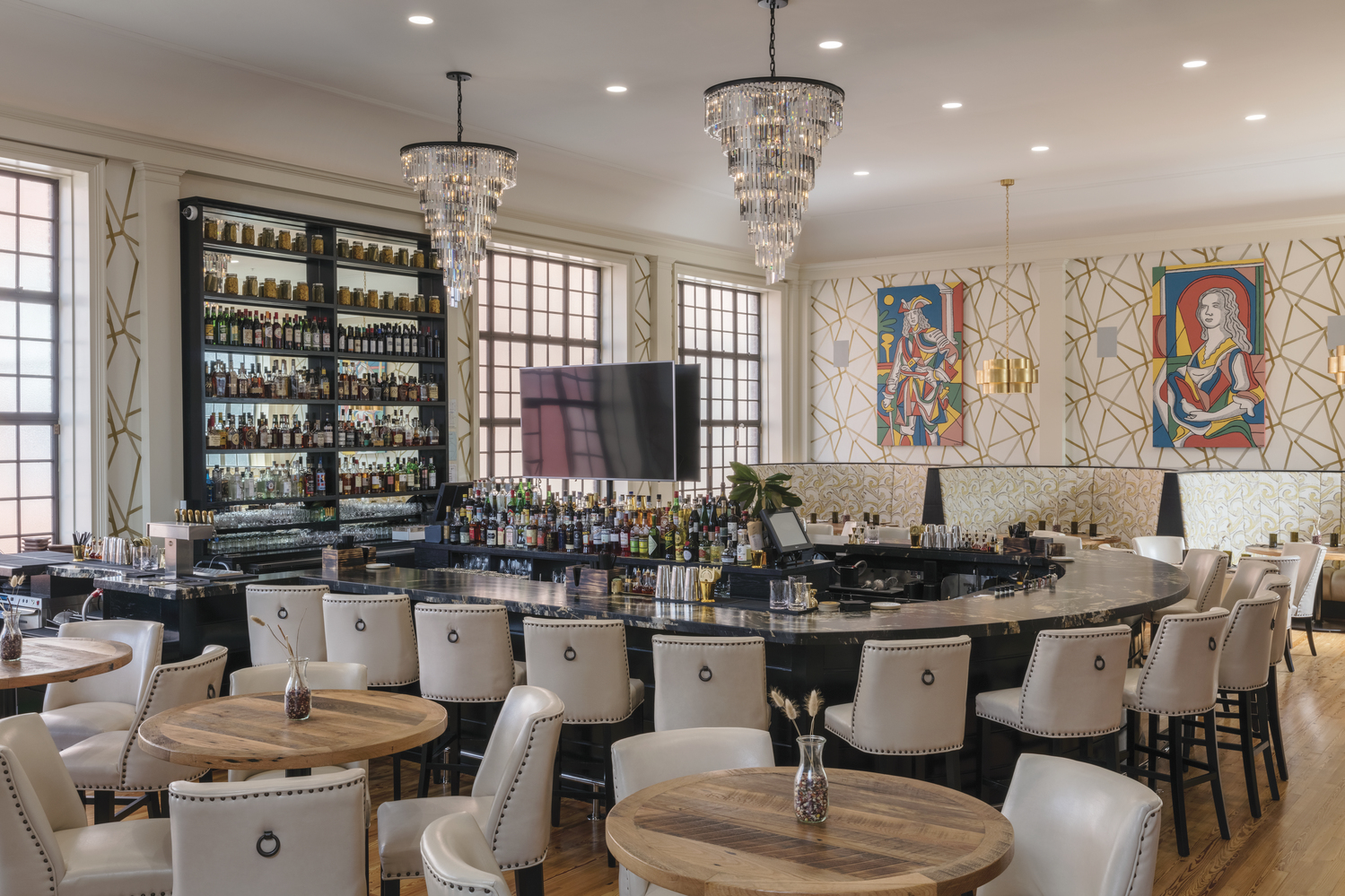 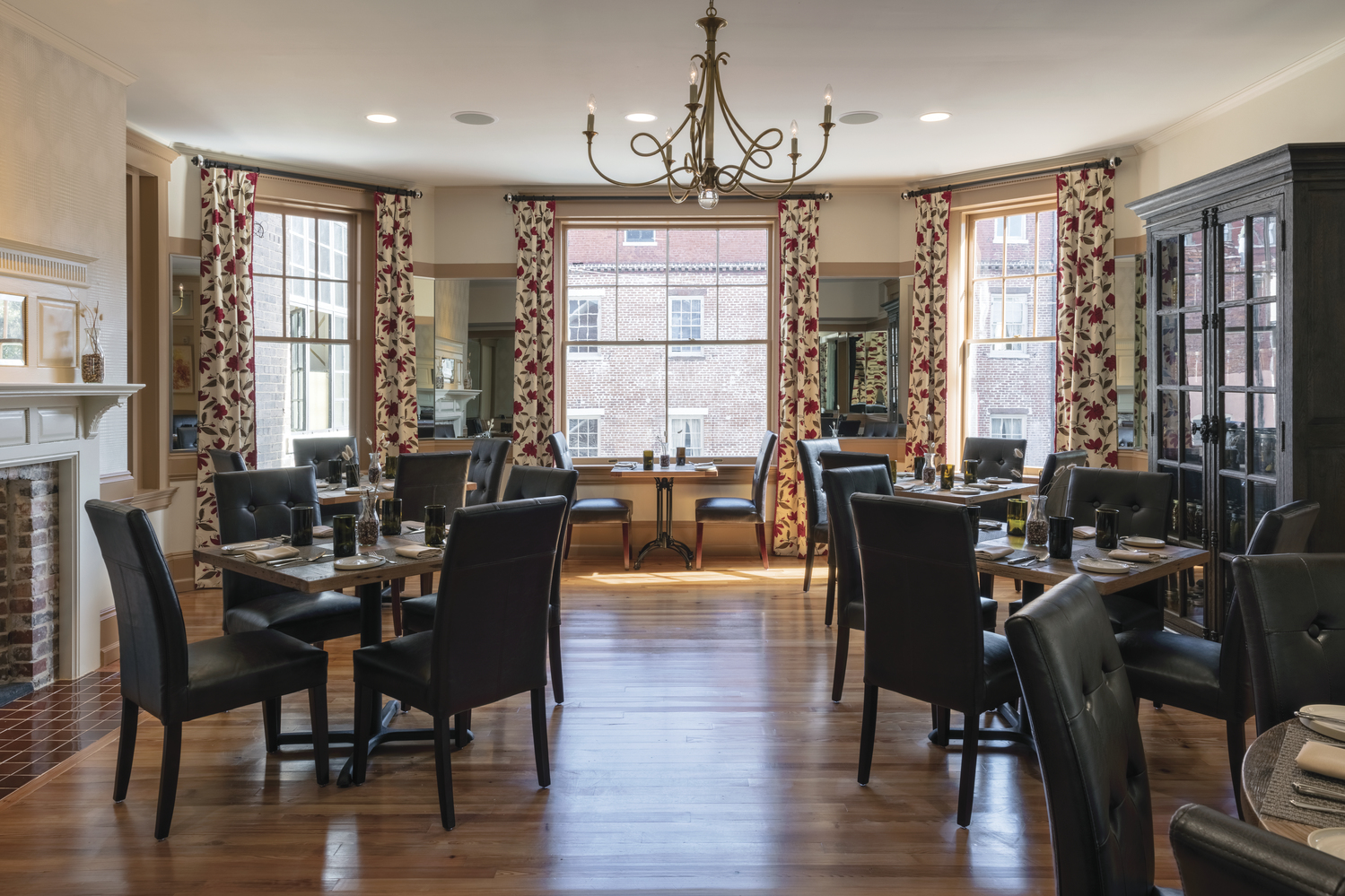 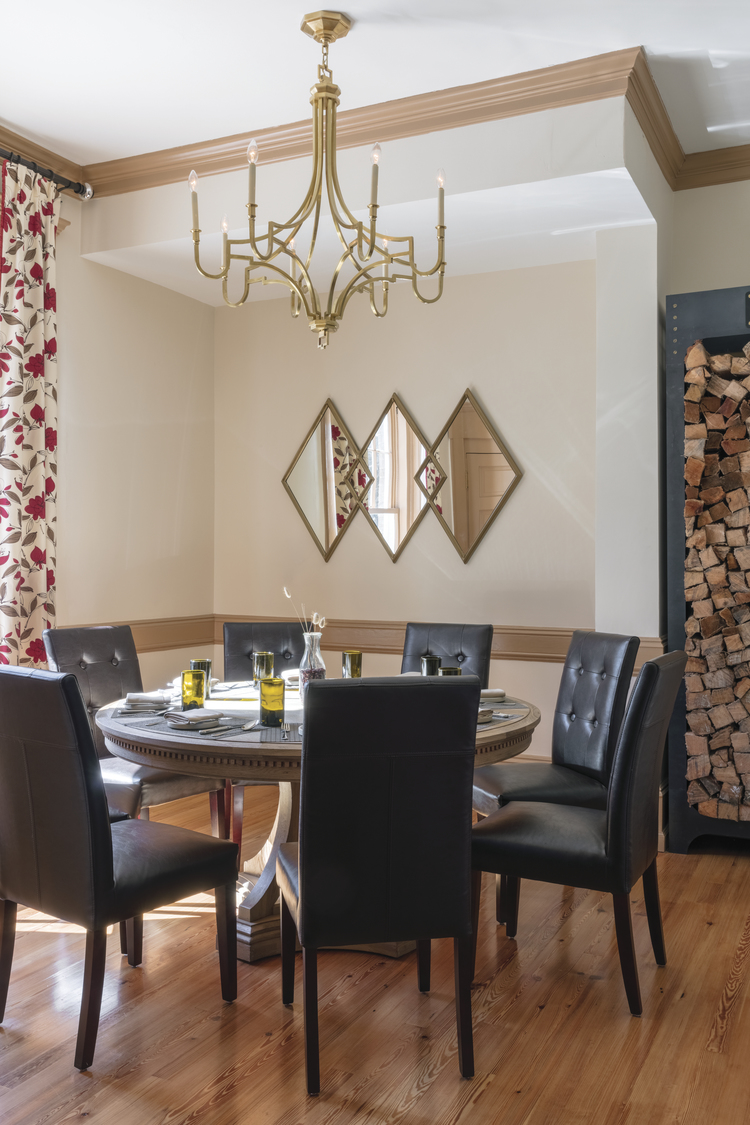 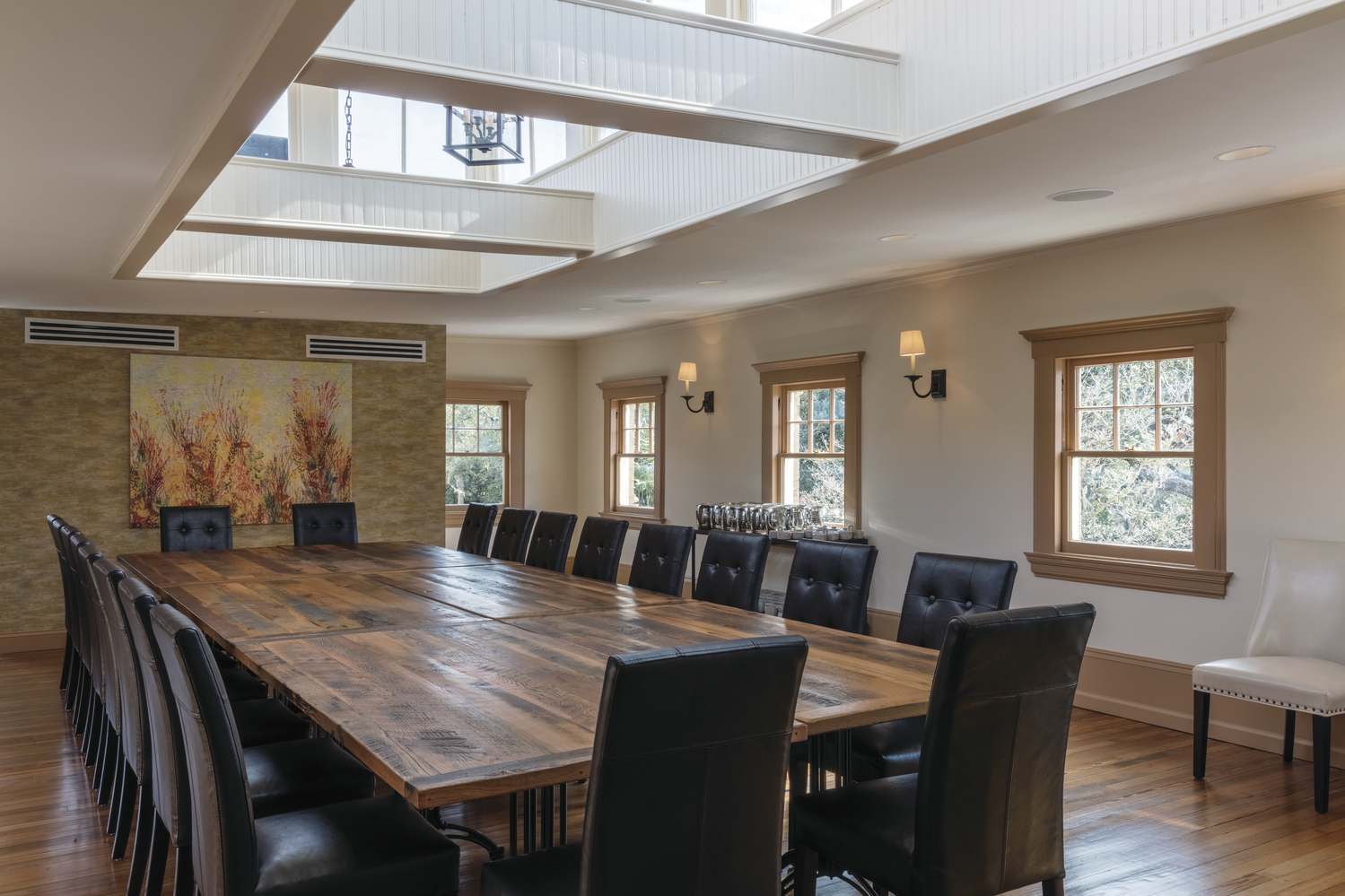 This historic preservation project restored a historic but blighted structure for a new chapter of use. The original building, commissioned as a residence in 1898 by the scion of a prominent railroad family, was sold to the Elks Lodge in 1908. A series of clunky renovations to the building over the decades reconfigured the property’s rear facade and side porches. After a 2009 fire badly damaged the structure, the building remained vacant and open to the elements for years.

The restoration transformed the dilapidated building into the latest iteration of Husk, an internationally acclaimed farm-to-table restaurant. Bringing this historic building into compliance with code requirements while preserving the historic character of the building presented significant design and construction challenges, including restoring a burnt and abandoned building, removing inappropriate additions, and providing safe egress.

The fire destroyed most of the structure of the rear ballroom; the team used photographic documentation and interviews with those familiar with the building’s history to restore it to its former glory, and was able to salvage some of the fire damaged trim to use as patterns. The renovation also removed non-historic additions and reconstructed a side porch with historically accurate details, and addressed egress issues with the intervention of a modern elevator which complements the historic interior. The new design converts a rear service stair for use as rated egress and added a fire escape to the lane, and carefully considered strategies for adding a lift to the side porch to create access to the building without adversely affecting the appearance.