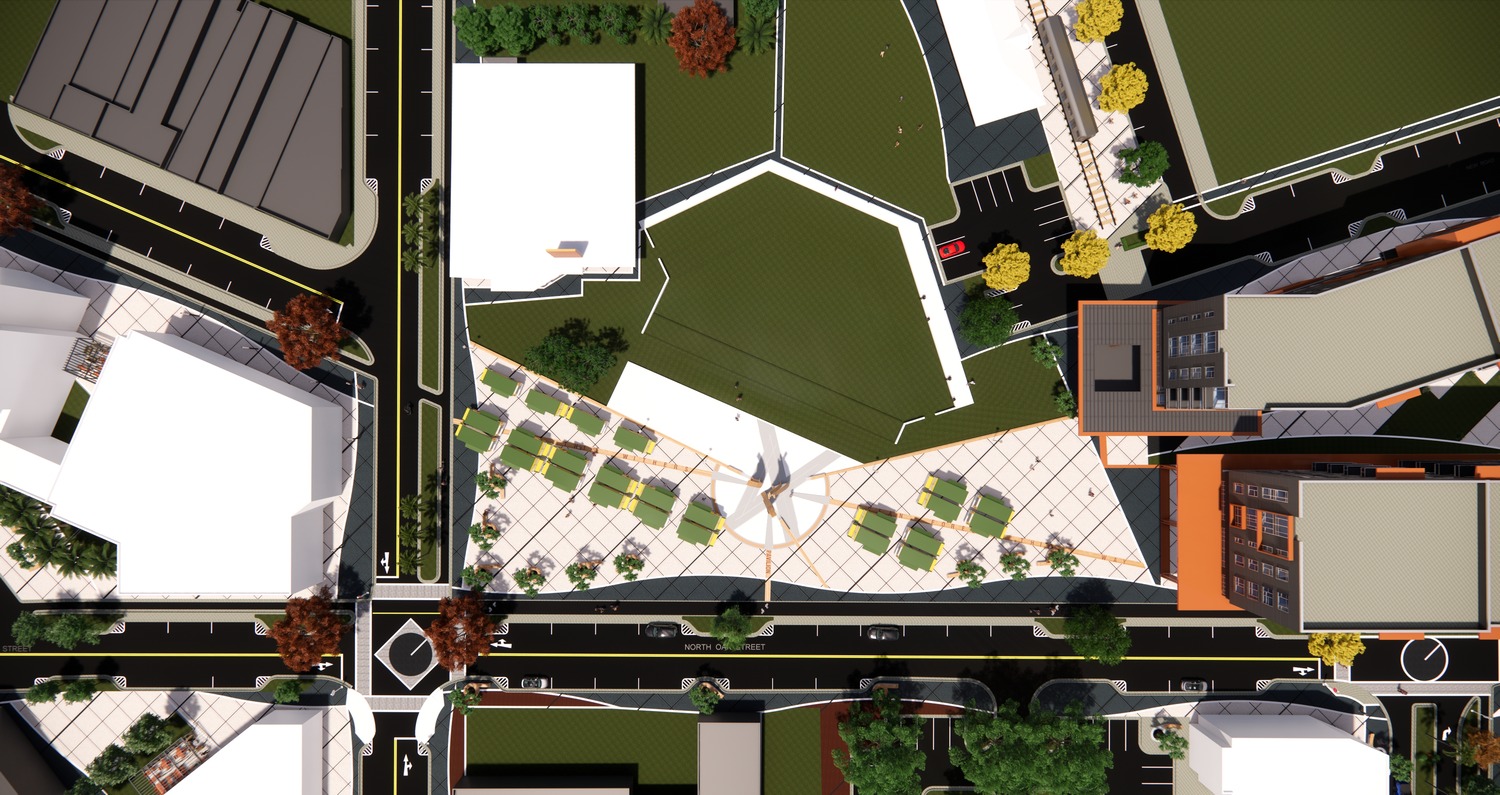 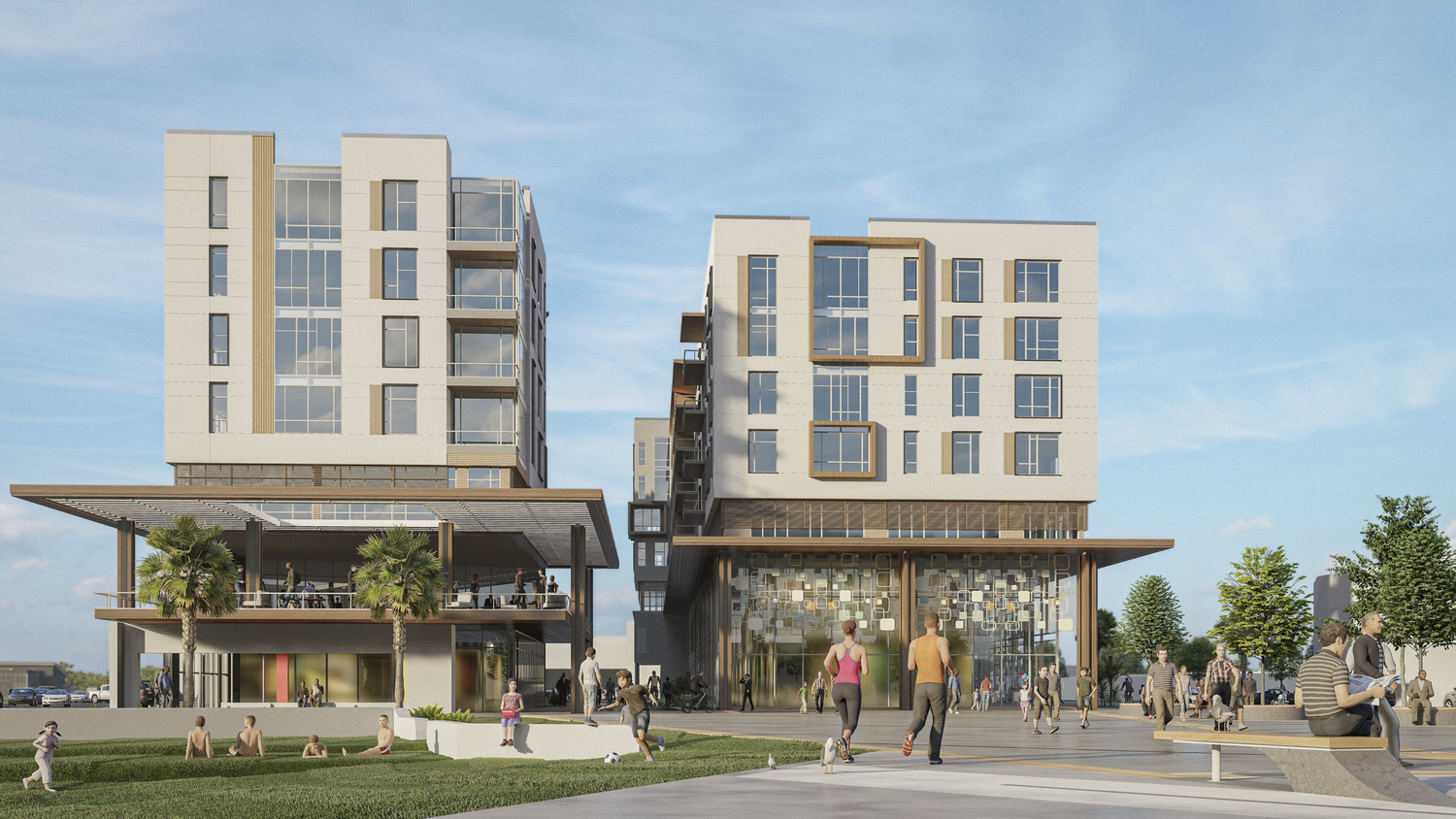 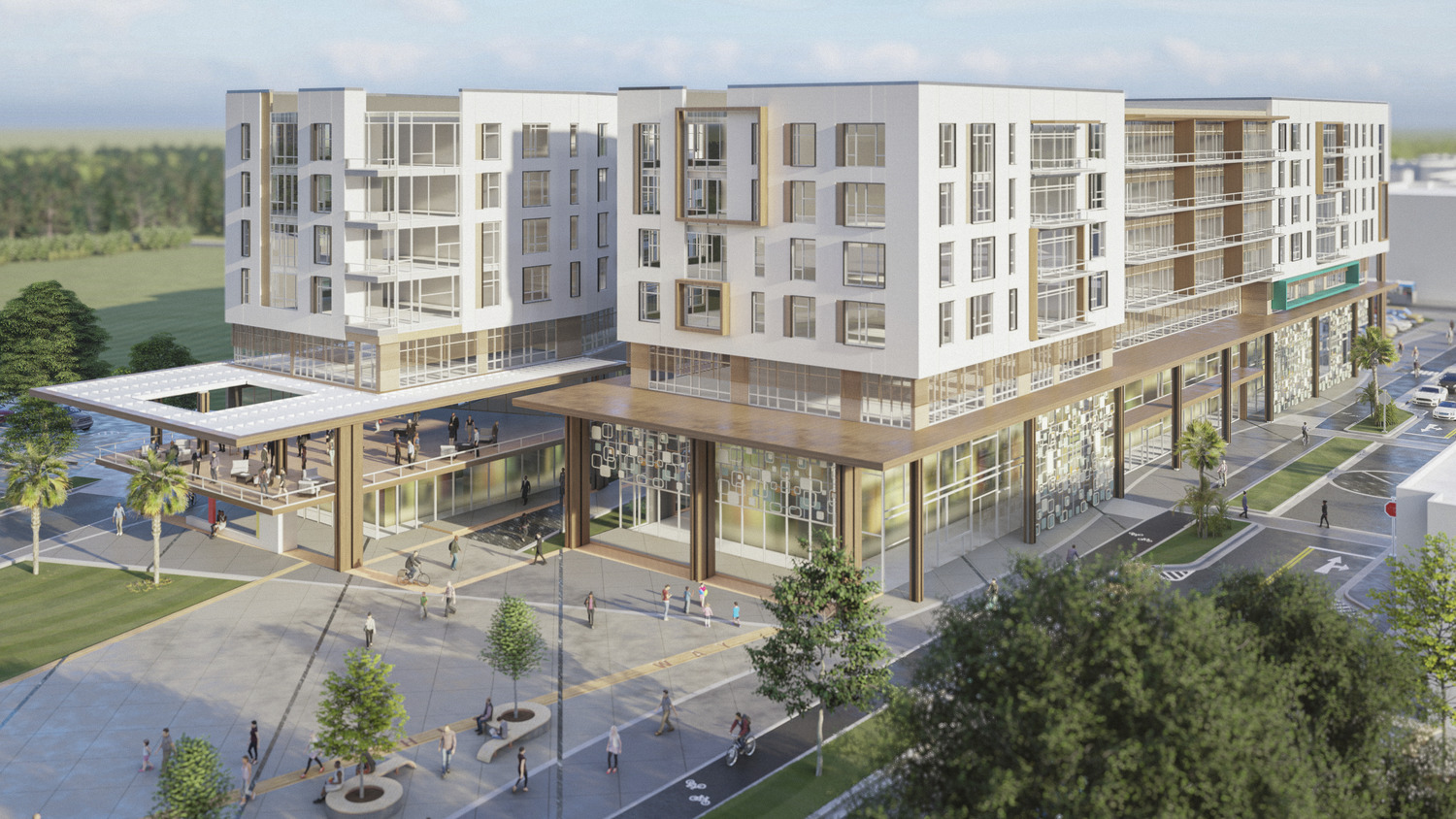 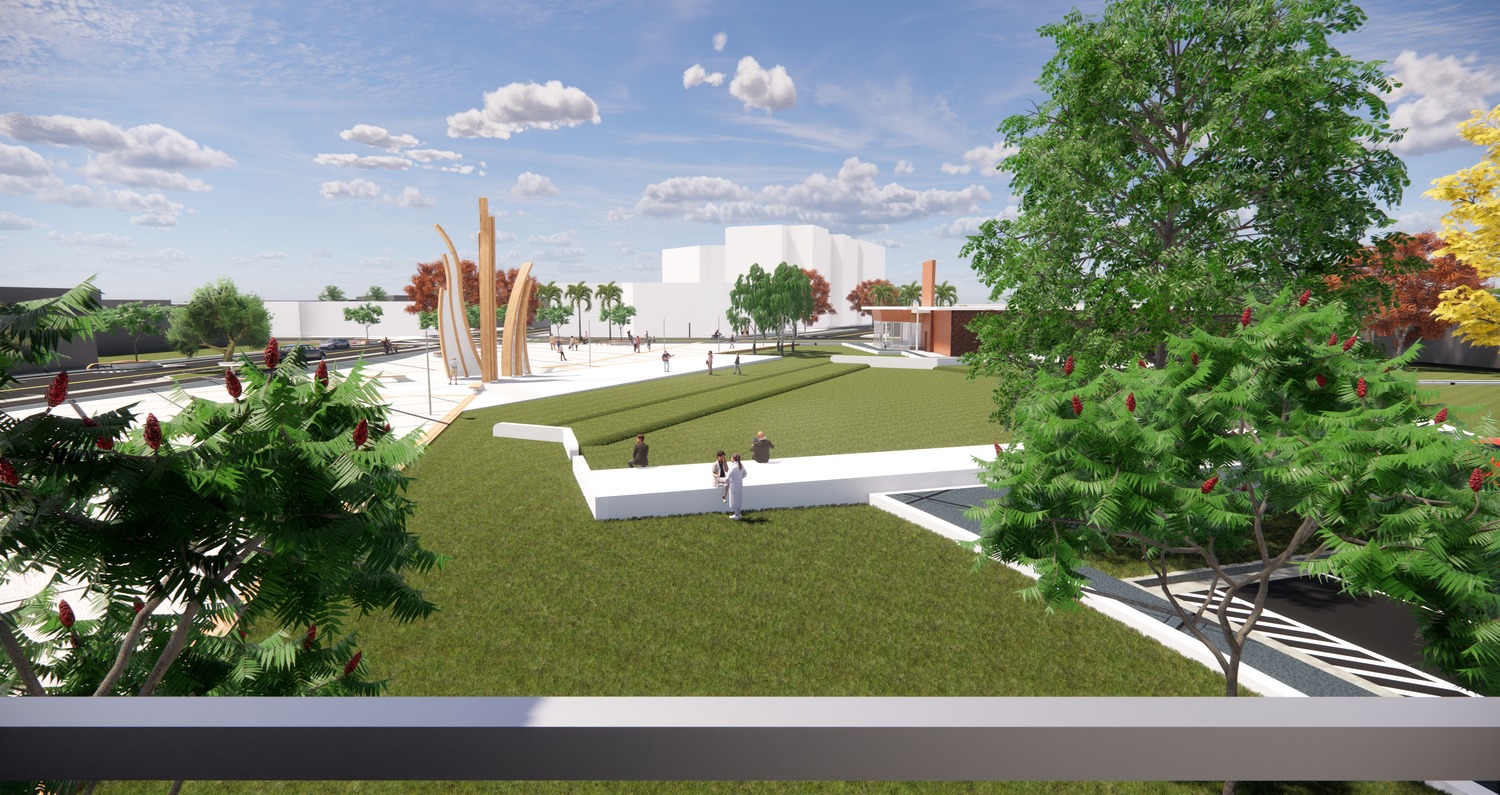 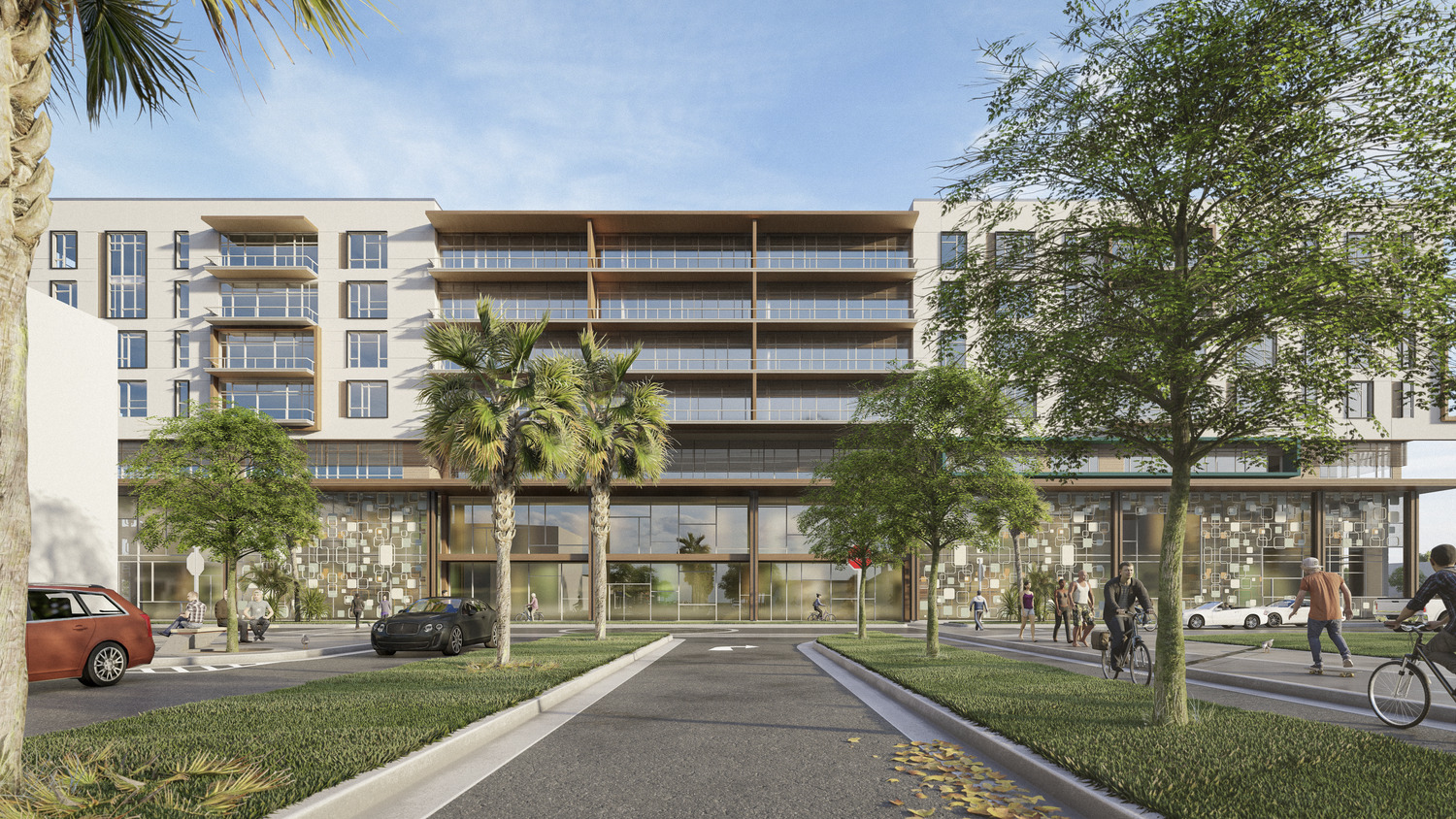 The City of Myrtle Beach Arts District Advanced Planning started with an LS3P multi-office team working through charrettes and reviewing ideas with a wide team of city representatives and stakeholders to establish and vet the guiding principals for the project. During the beginning planning, LS3P considered the city’s history and origins of elements of the mid-century modern era; this predominant style still exists in the built environment. A series of completed studies linked the public spaces through common yet slightly unusual solutions to elements such as built-in benches, wayfinding signage, and a large public sculpture.

Coastal Carolina University and the city had agreed to move the theater program downtown into three existing buildings located on Main Street, a move which will bring new activity and vibrancy to the district. This new space satisfies the needs of a teaching venue while also creating a theater that the city could use. Historic tax credits made this move viable, which required a strict interpretation of historic preservation guidelines.

In the heart of the district, the Catalyst consists of two separate buildings that will include higher-education classroom space, a new library, and a children’s museum creating a dynamic public realm, and also serves as an inviting connection from parking into the park area. A second-story outdoor porch was added to the library reading room which offers views of the ocean. Also included in the upper-levels of the Catalyst buildings are residential units and office spaces.