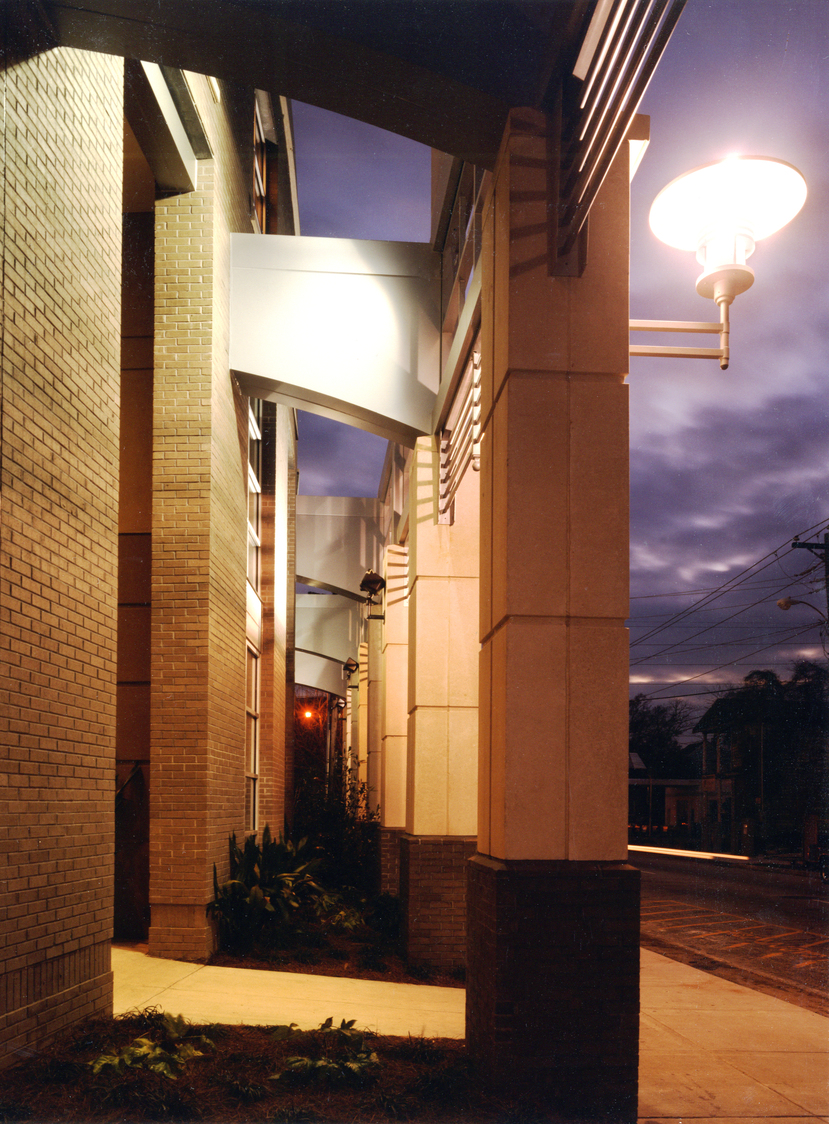 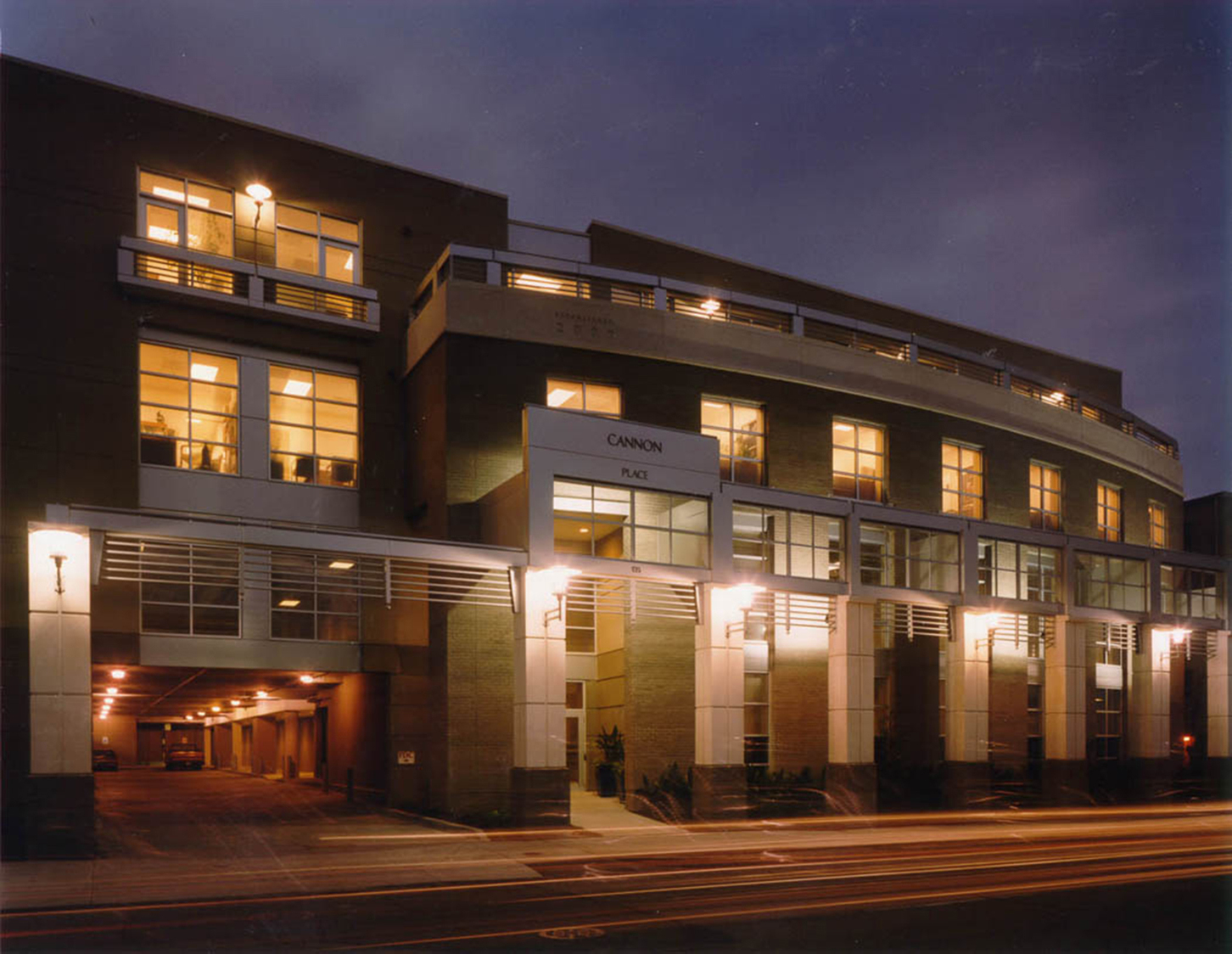 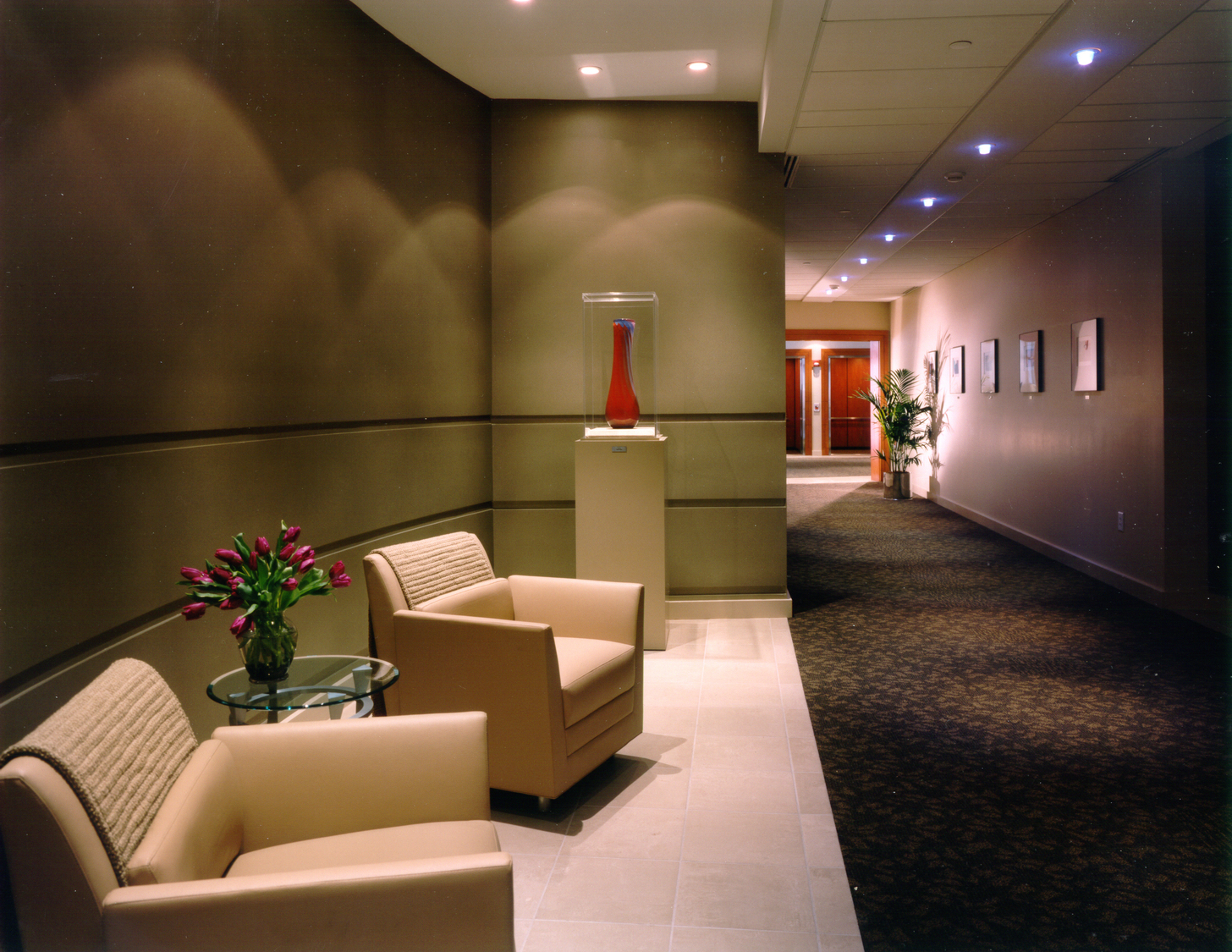 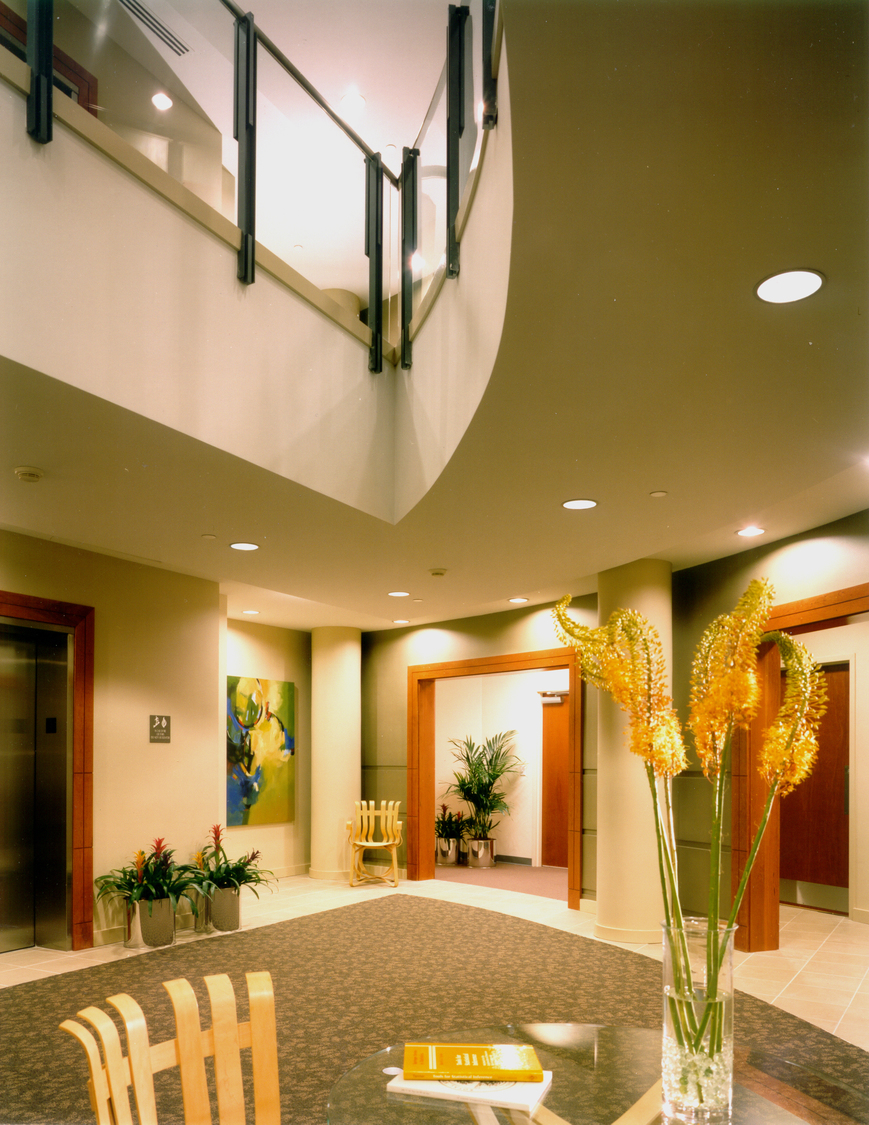 This medical office building is located within the city’s historic district and serves an adjacent academic medical complex. Four floors house research physicians’ offices and clinics as well as medical administration. The design of the building was meant to evoke a transitional vocabulary between the historic context of the site and the cutting edge technology of the researchers housed within.

In relating to the residential character of the area, the building became a good neighbor as well as a catalyst to promote urban renewal and surrounding rehabilitation. The two-story precast colonnade/screen wall on the north facade acts as the transitional element between the nearby homes and the four-story office. The building materials of stucco and brick reflect the 19th century development of Charleston while the addition of aluminum metal panels emphasizes the 21st century medical research that occurs within.