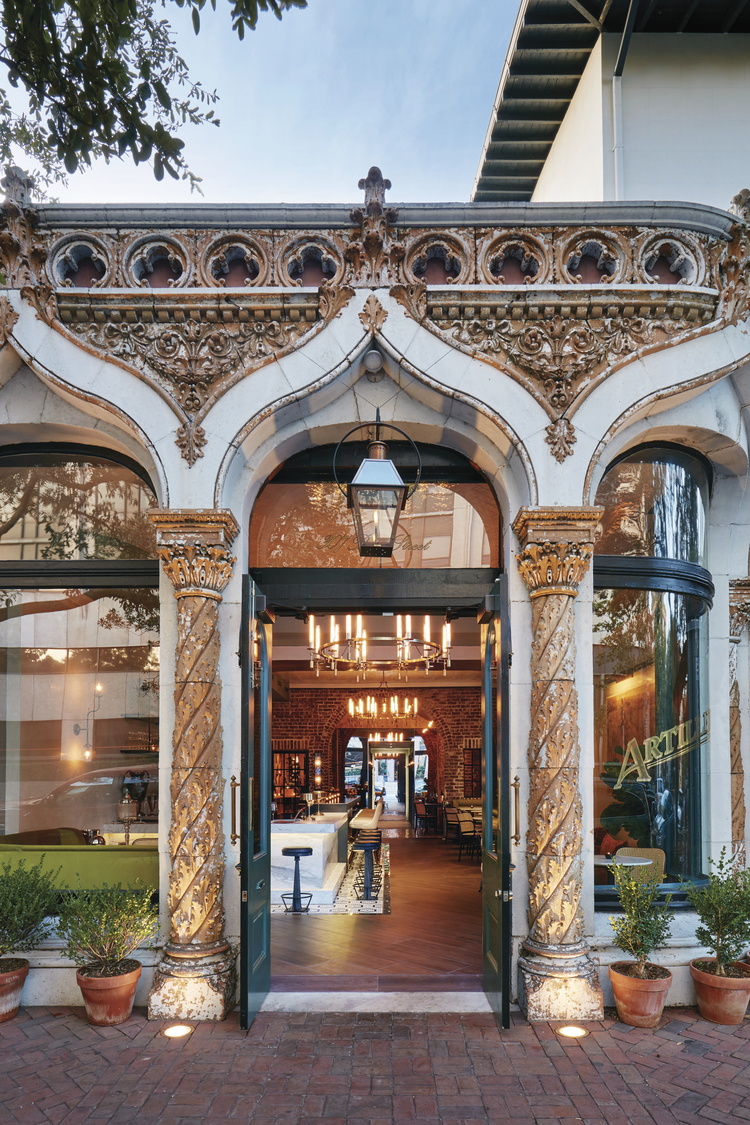 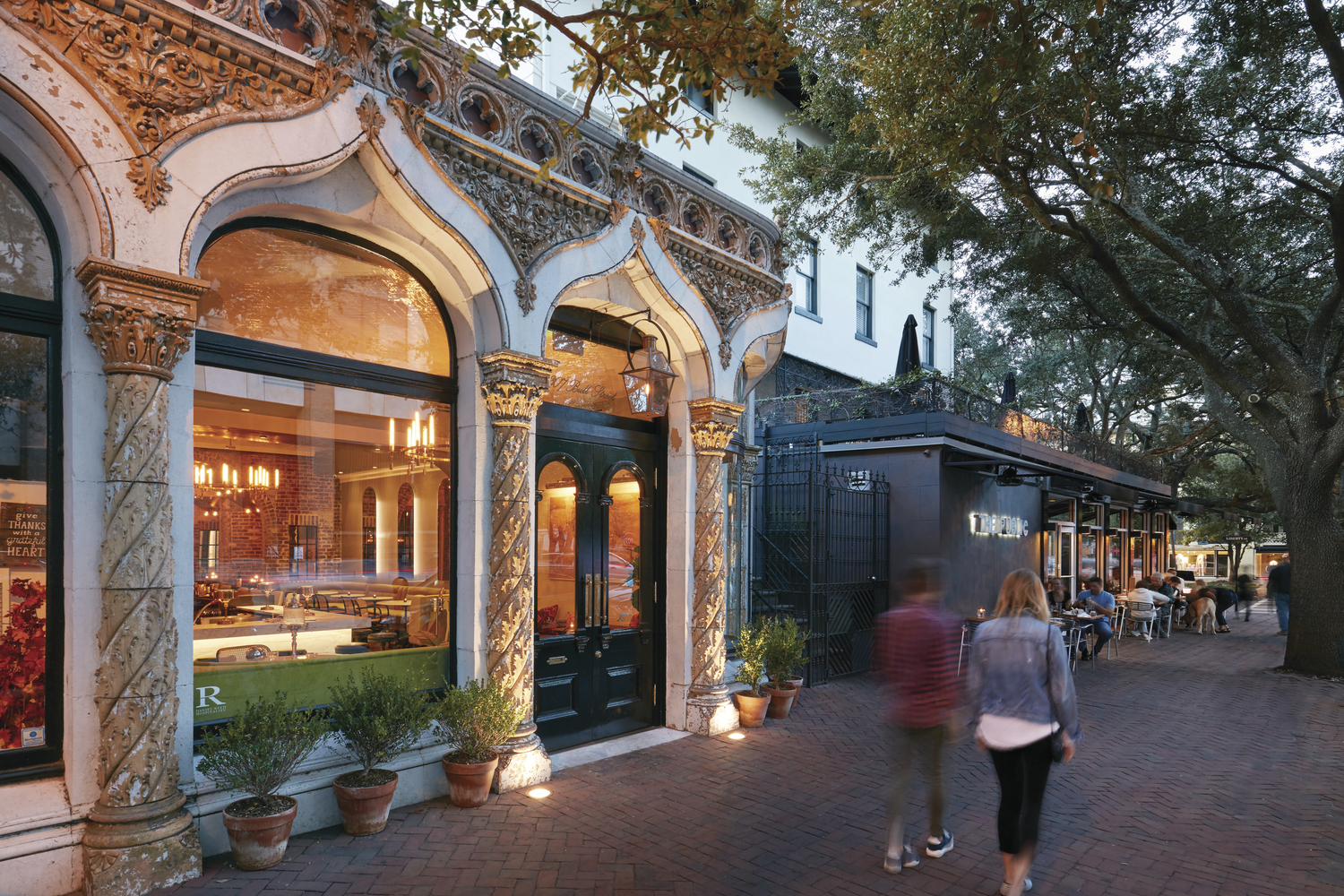 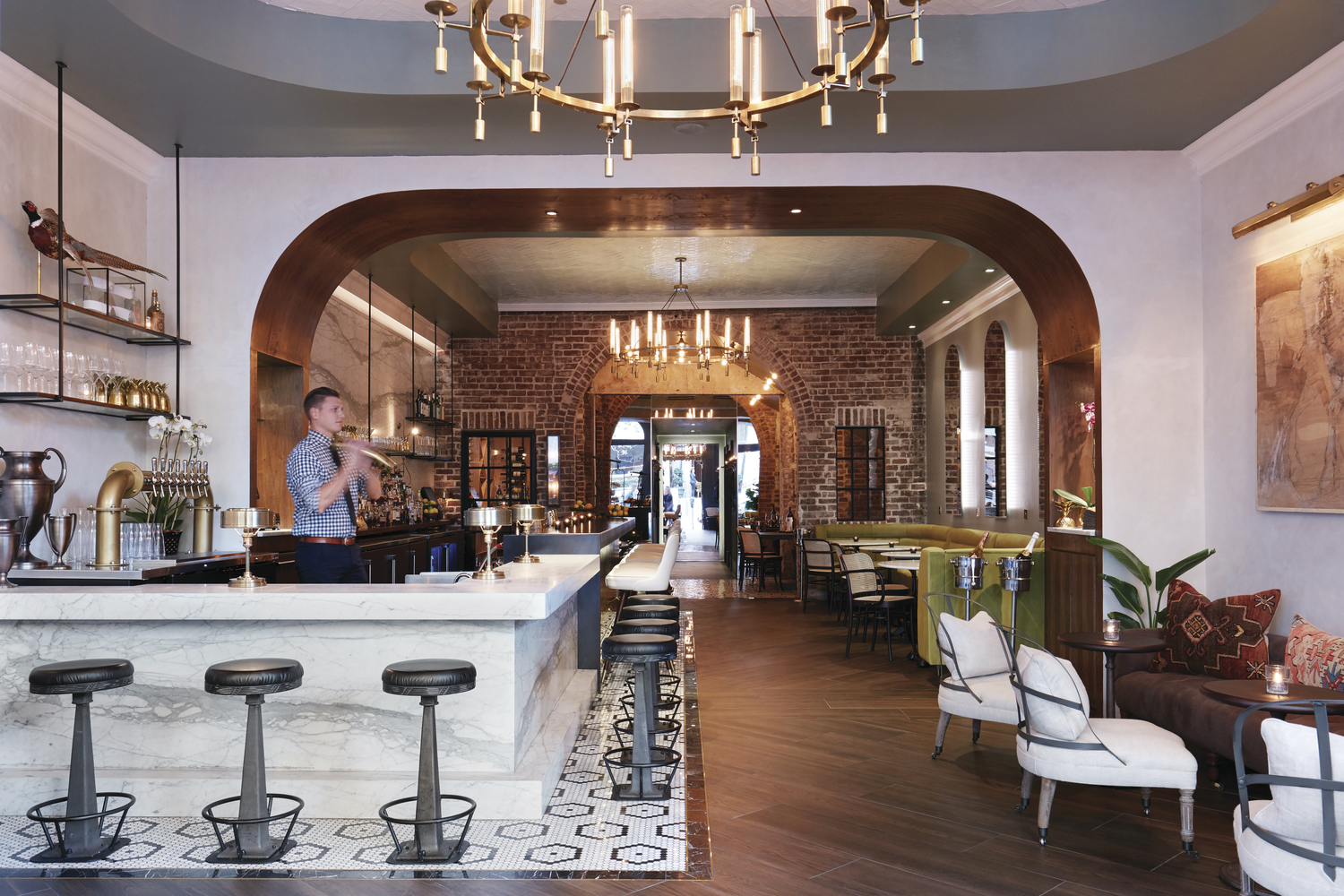 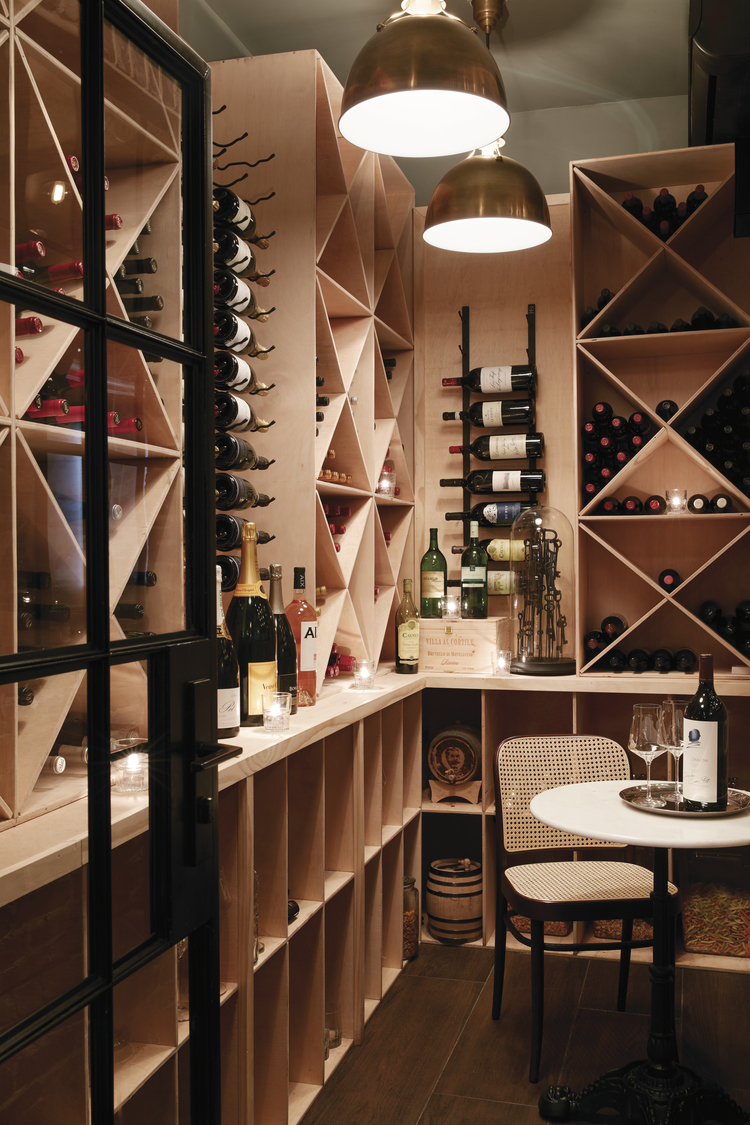 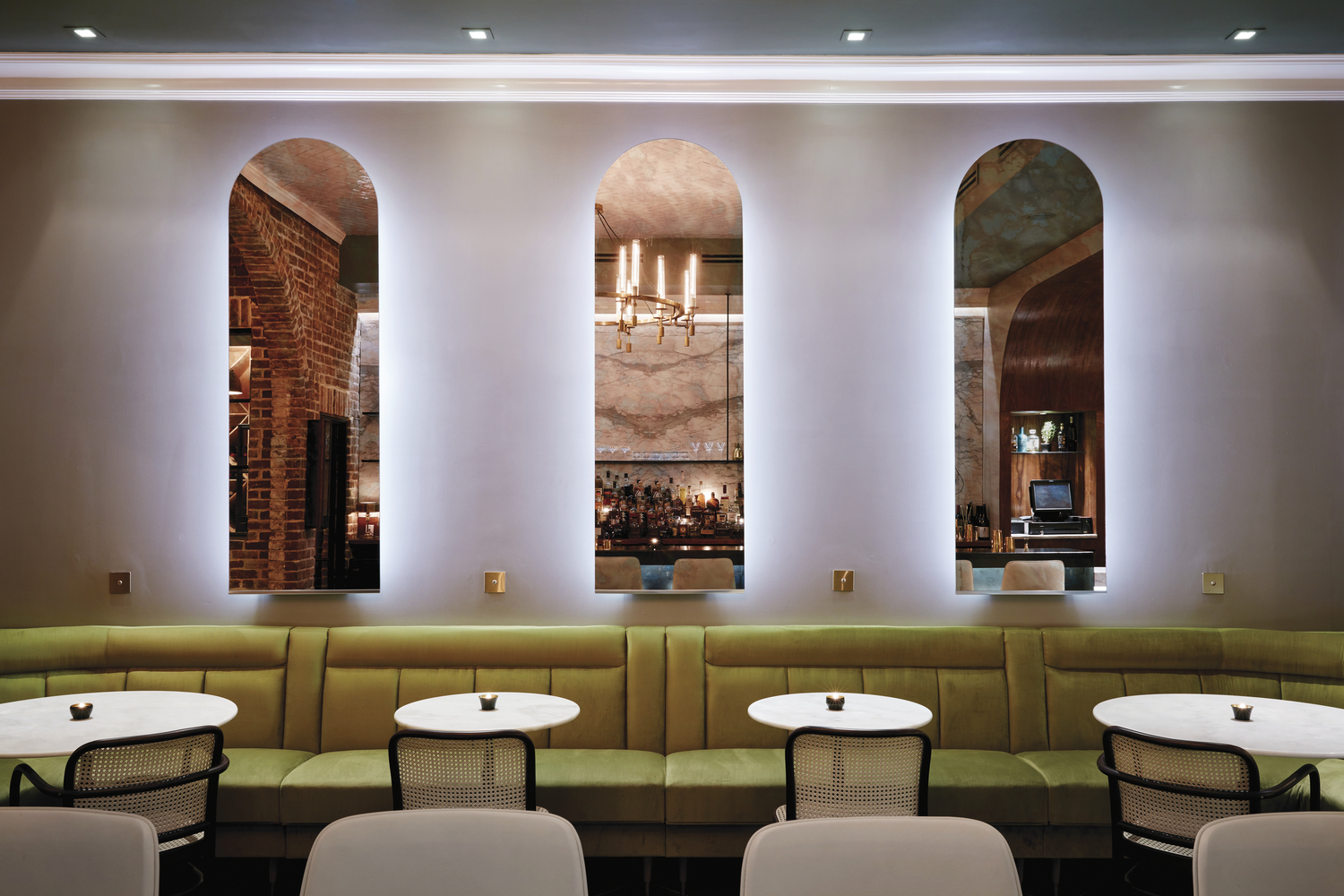 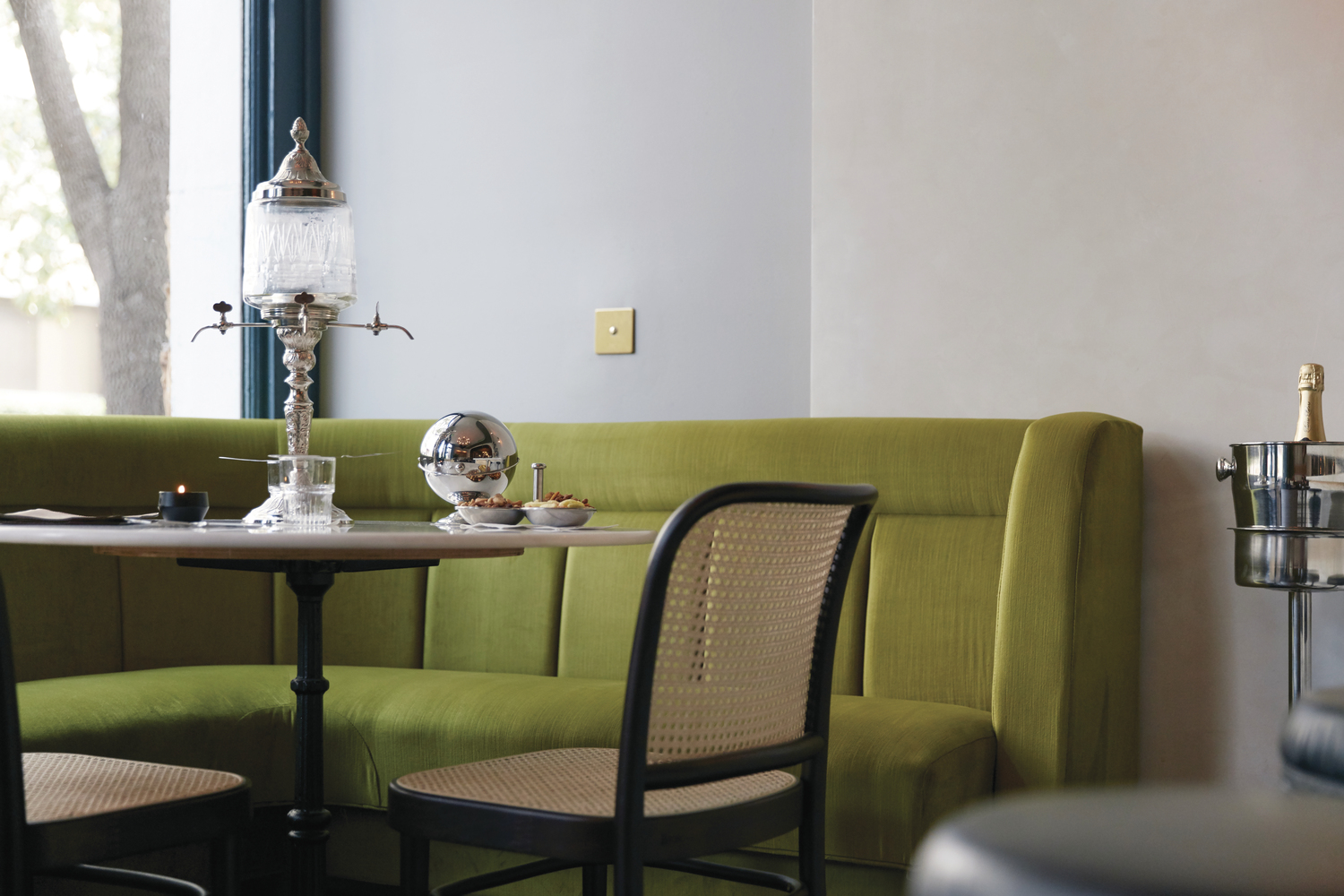 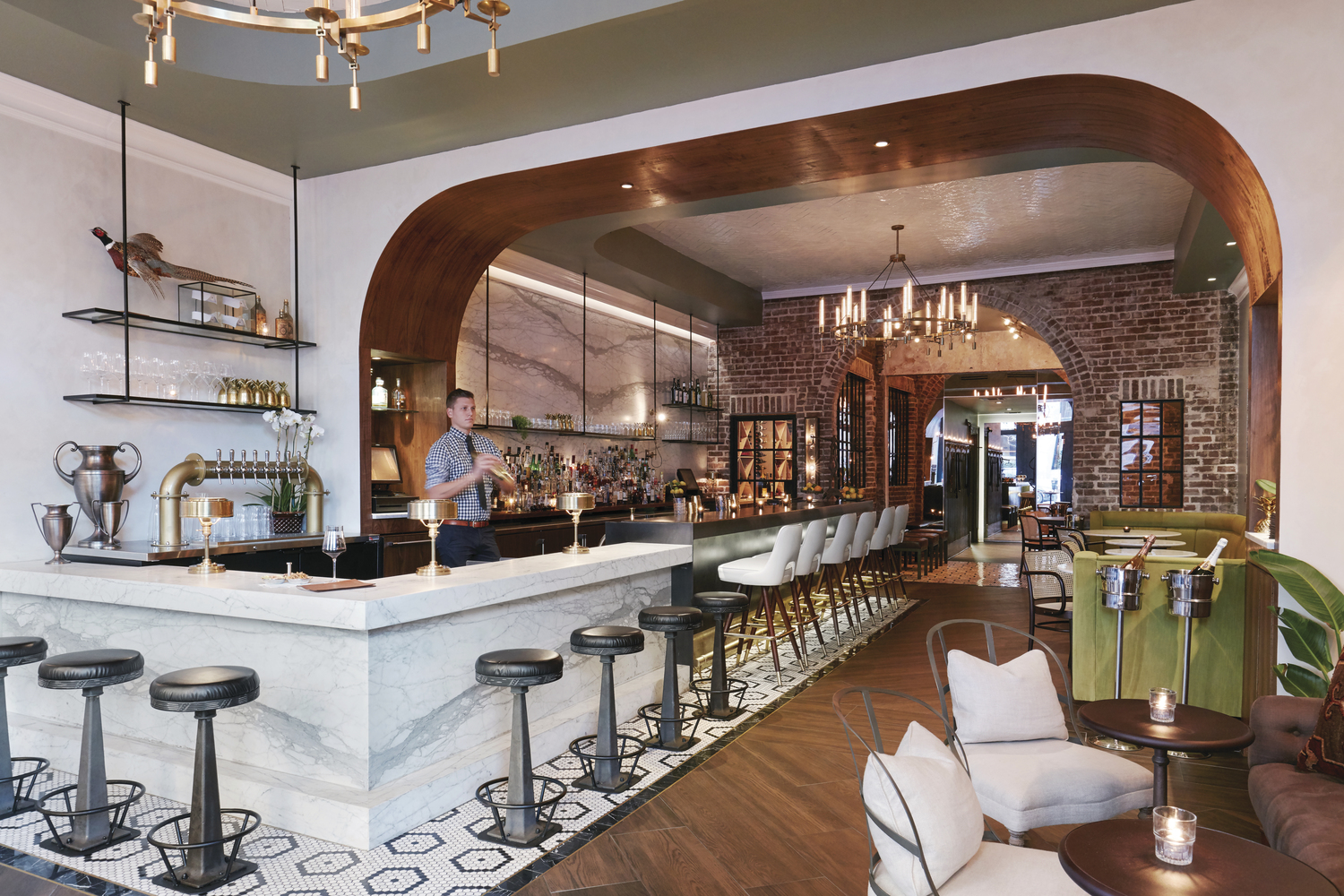 A cherished landmark in Savannah’s Downtown Historic District, the iconic façade of 307 Bull Street has long been an object of admiration to passersby. Erected in 1896 for the Georgia Hussars, the ornate storefront building added a distinctly elegant quality to its sector of Jasper Ward. Inspired by Venetian Gothic design, the exotic, terra cotta spiraling columns and arches adorned with pinnacles and quatrefoils distinguish it today as a remarkably unique work of architecture on the Bull Street corridor.

In its most recent revival, this historic treasure has now become Artillery, an upscale cocktail bar that pays homage to its notable past. Once a storehouse where the Georgia Hussars’ armory kept the Calvary’s artillery, the locale has been aptly named and its style conveys subtle references to its history while introducing modern design elements that represent the owner’s contemporary brand.

Prior to the renovation, the building had been a retail space. Much of the interior had been concealed with carpet floors, suspended ductwork and gypsum walls. The renovation retained exposed existing brick walls which, with the addition of steel frame windows and doors, now houses the wine cellar. All mechanical and electrical systems that were exposed throughout the space were concealed and reworked. Historic woodwork and trim was repaired where possible and replicated in a similar style to replace missing elements.