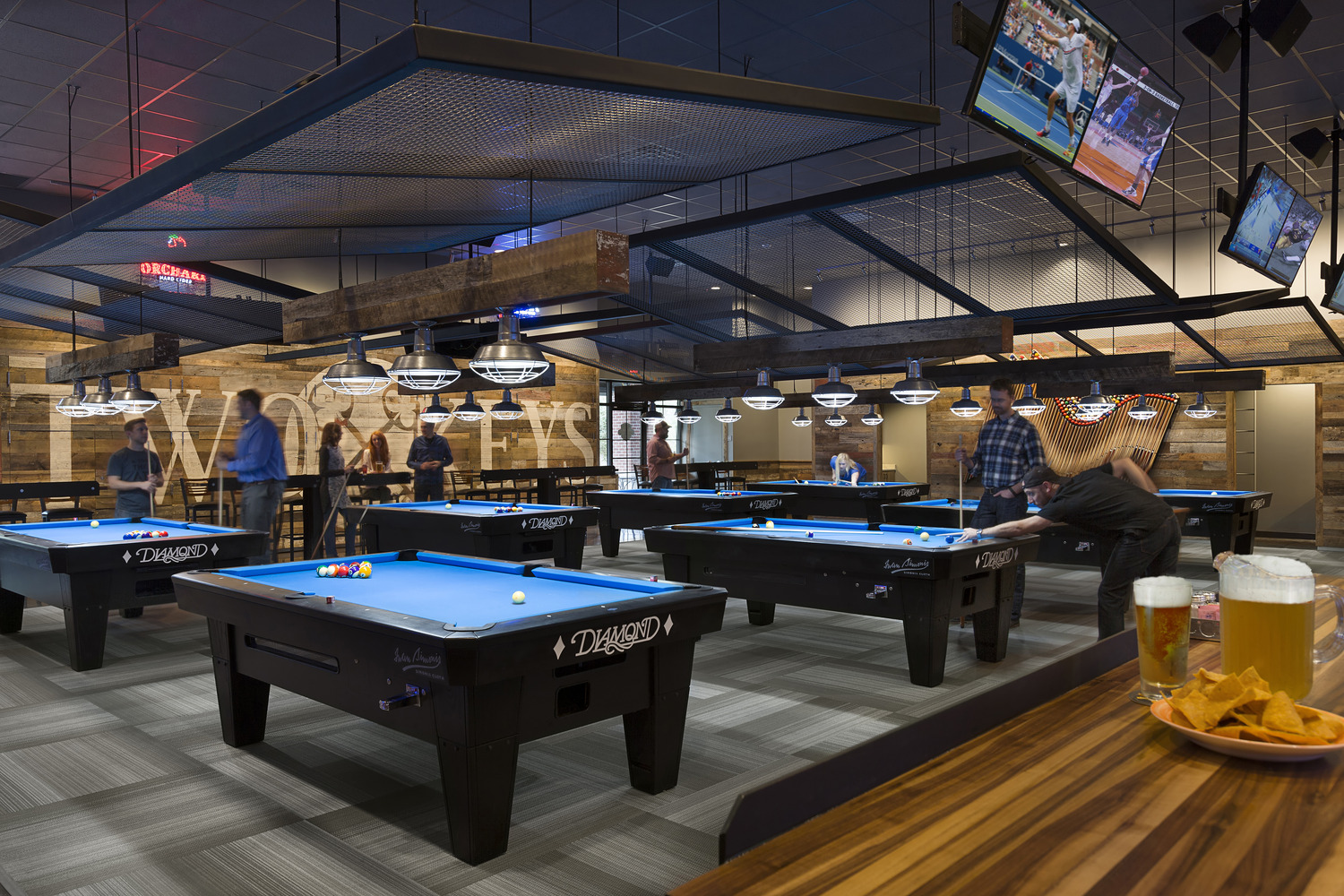 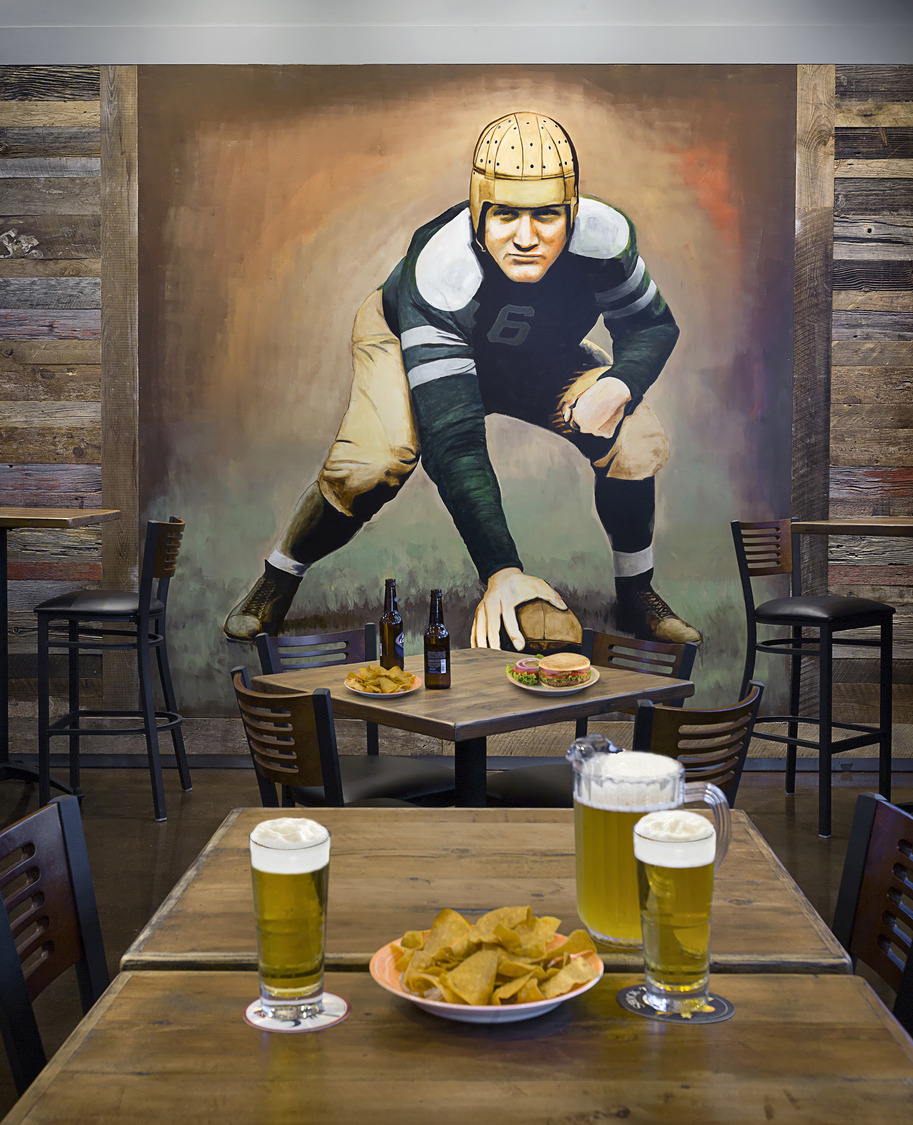 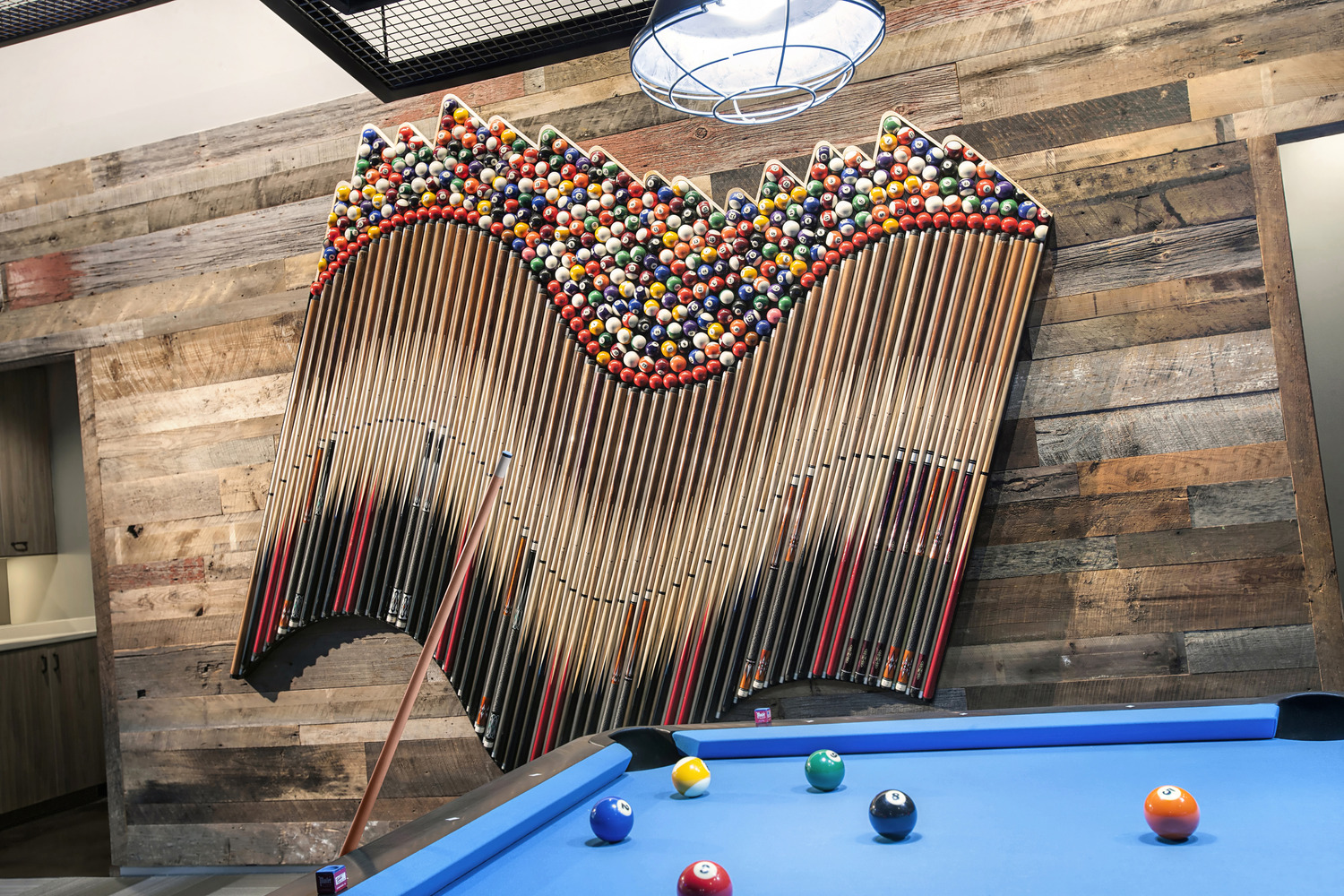 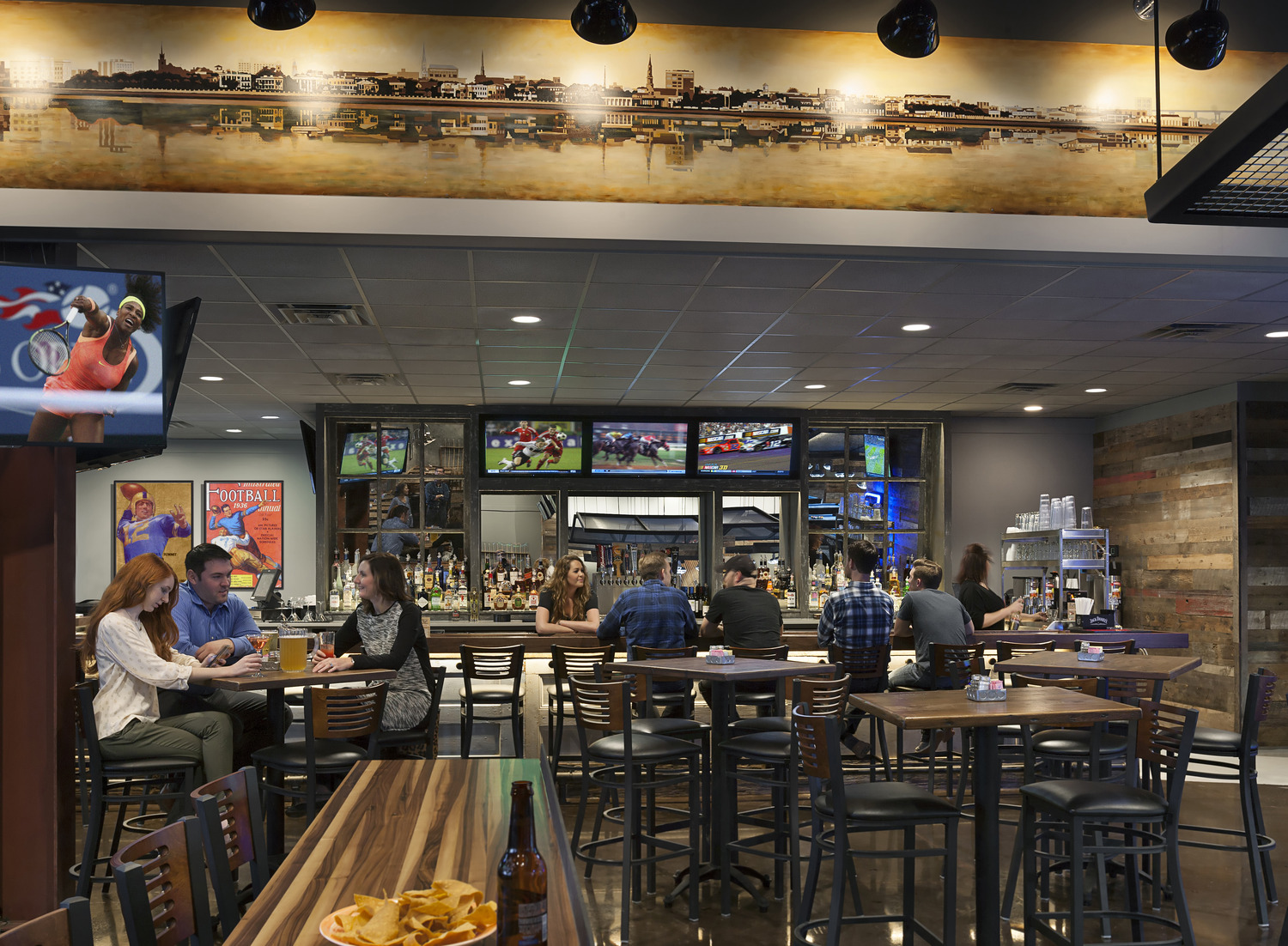 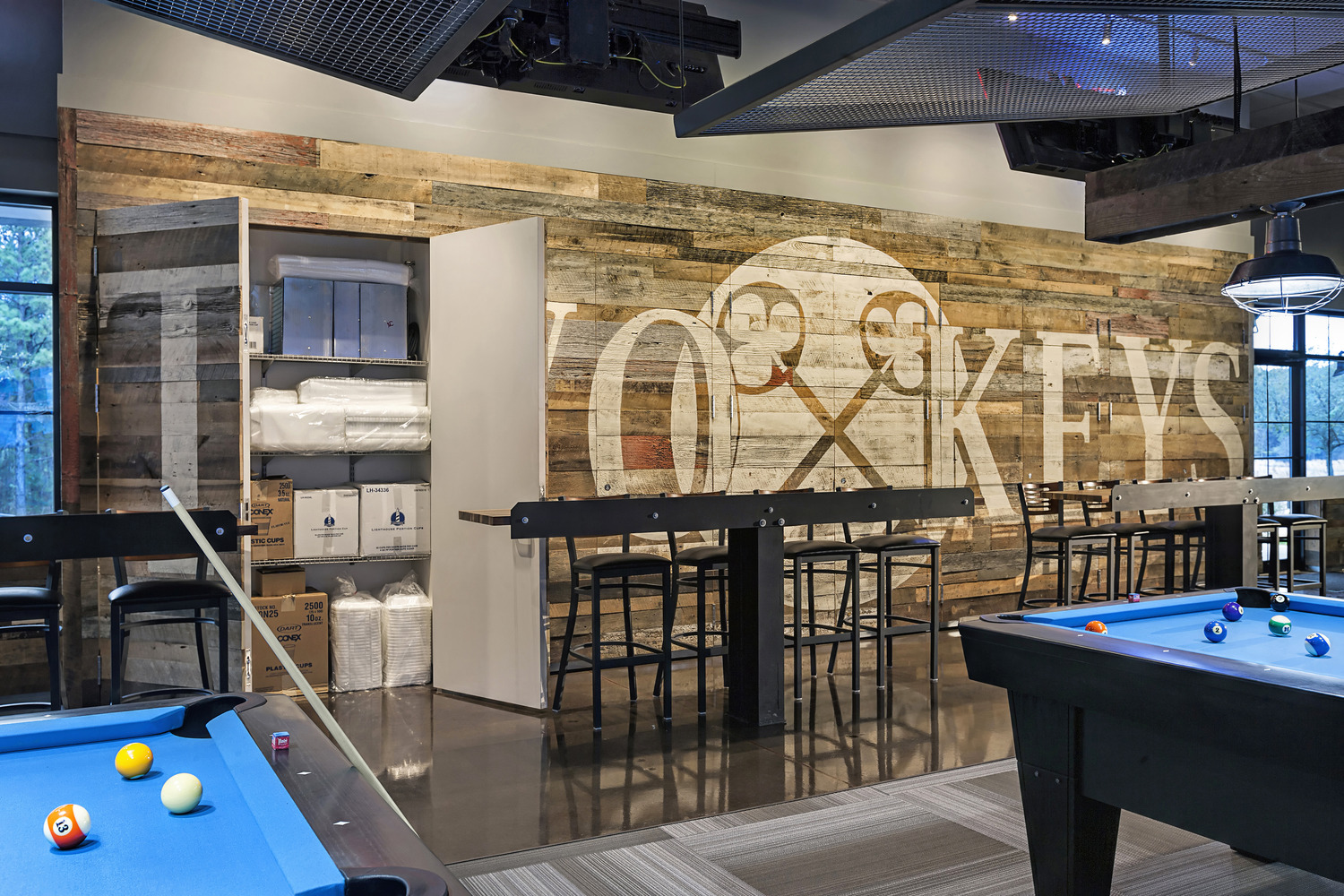 The design team was challenged with creating an upscale billiards hall with major budget restrictions and a limited schedule. Since the clientele was exceedingly rough on his previous locations, the facility needed to be vandal proof, while maintaining an attractive appearance.

A raw but comfortable industrial aesthetic was created to reinforce the client’s vision. This direction allowed for materials to be pre-distressed, and stand up to the clientele’s abusive treatment. Inexpensive reclaimed barn wood, worn antique salvaged materials and exposed structural steel and concreate were utilized in their natural state. Vintage doors were used as the bar front with door knobs installed for purse hooks. Custom mesh clouds were designed and suspended at varying angles throughout the space to bring a sense of scale and create a ceiling over the billiards tables.

A local artisan was hired to create a custom backdrop feature at the pool tables. Re-used pool balls, racks, and pool sticks were integrated into the art piece to create a one-of-a-kind composition. A large scale custom painting was commissioned to resemble the owner’s grandfather, a star football player in the 1930’s.

As a measurement of success, the Owner made more revenue in the second day of opening than in any one day at his previous locations. The design far exceeded his wildest expectations. 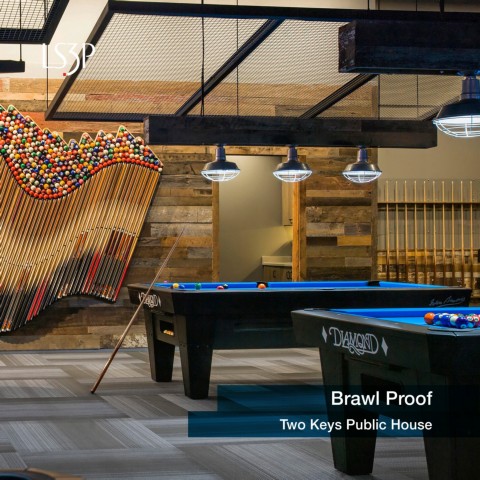