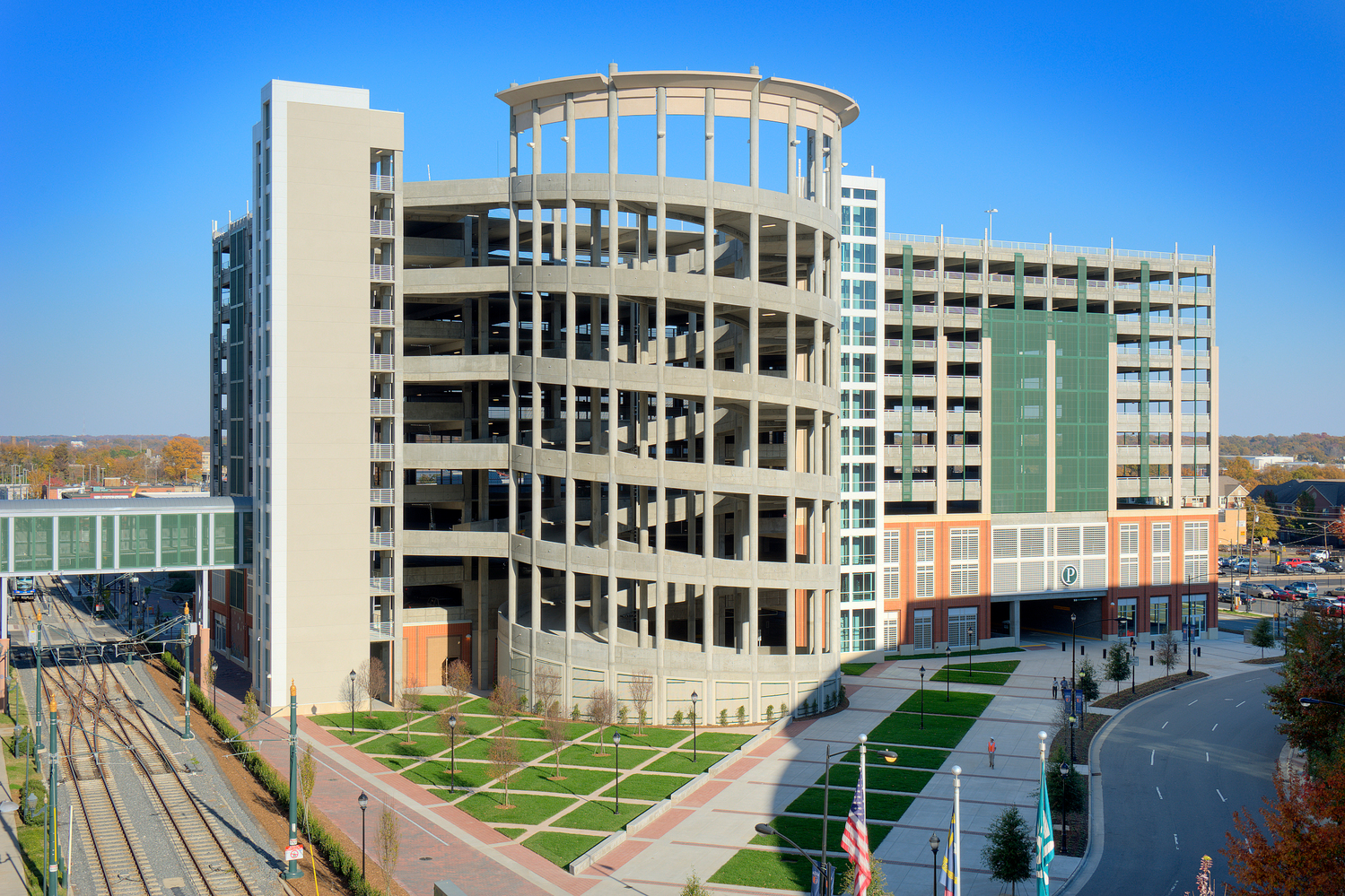 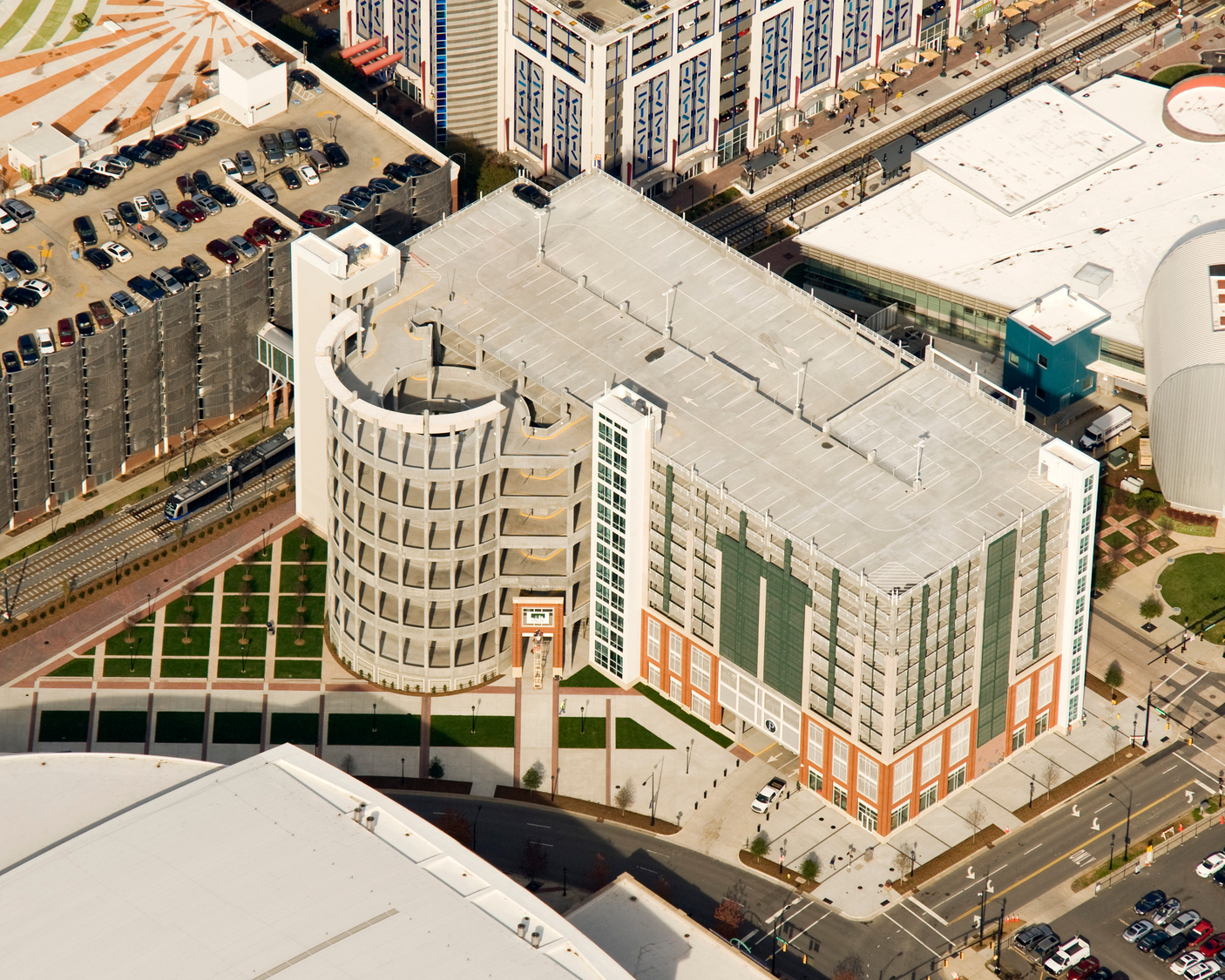 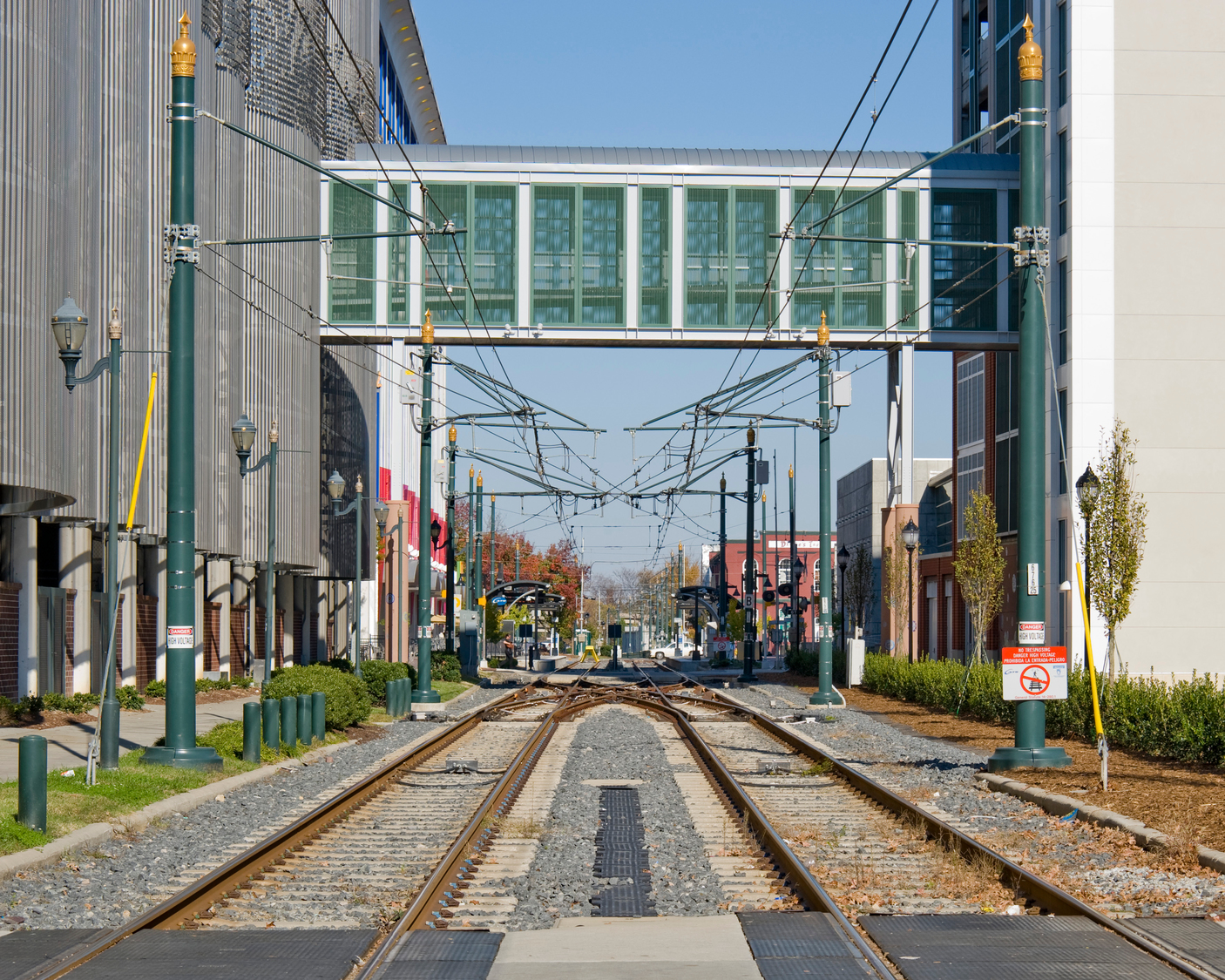 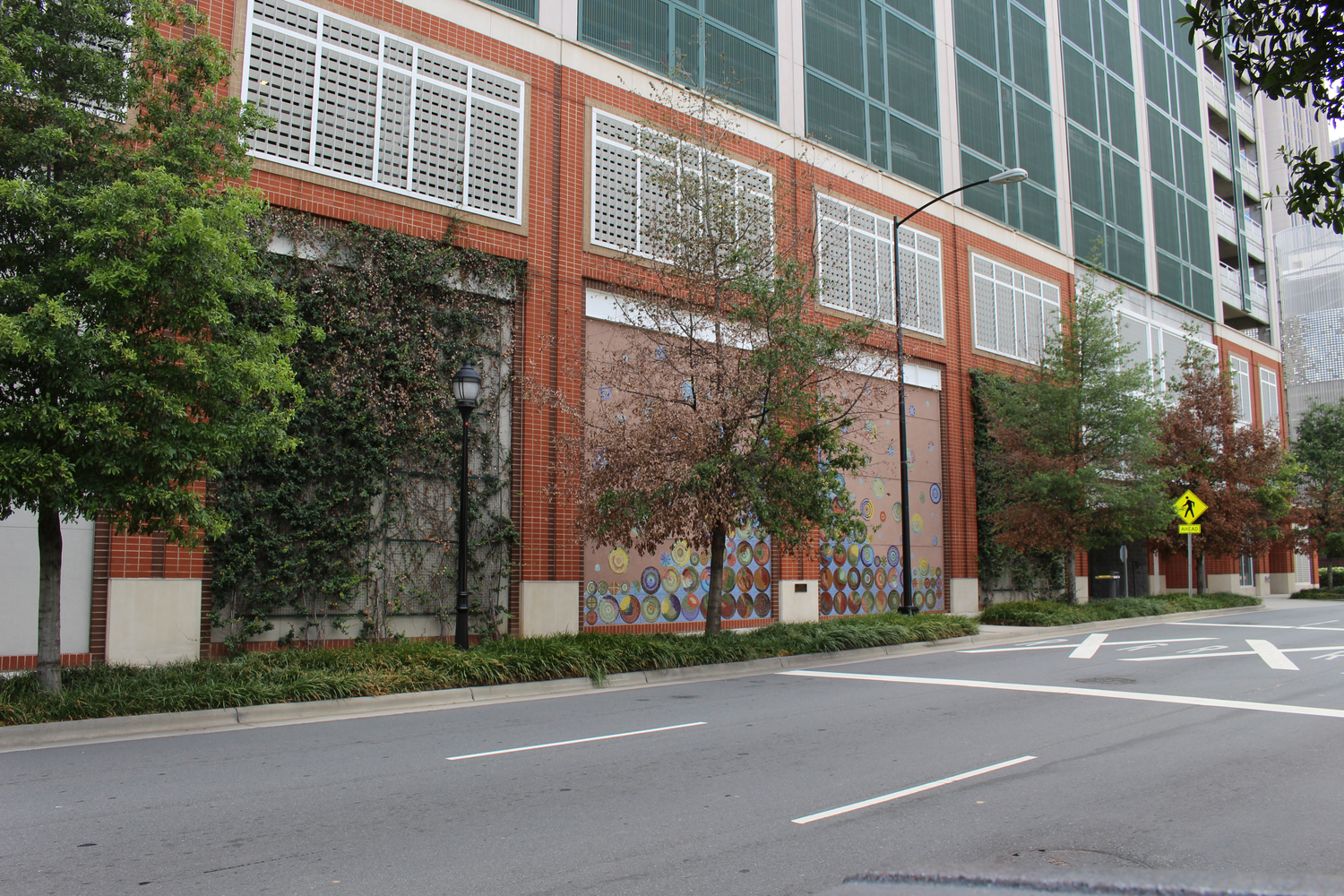 Elements such as the glass-backed elevators and glazed stair-towers function as vertical gestures to visually activate a normally static facade (that of the parking deck) and allow the project to better scale with the arena.

Given the large number of vehicles in the parking deck, a complex system of computerized signage and gating is used for the parking deck to function efficiently at all times. For instance, the spiral helix only allows vehicles to ascend during the morning influx. The system would then be switched to allow the helix to function in an egress capacity. The deck provides 5% preferred parking for hybrid or zero-emission vehicles. Bicycle racks with adjacent showering room were provided to encourage alternative means of transportation.